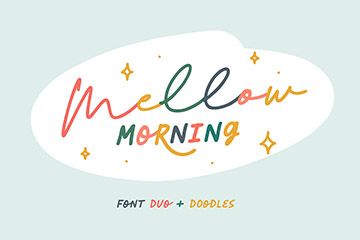 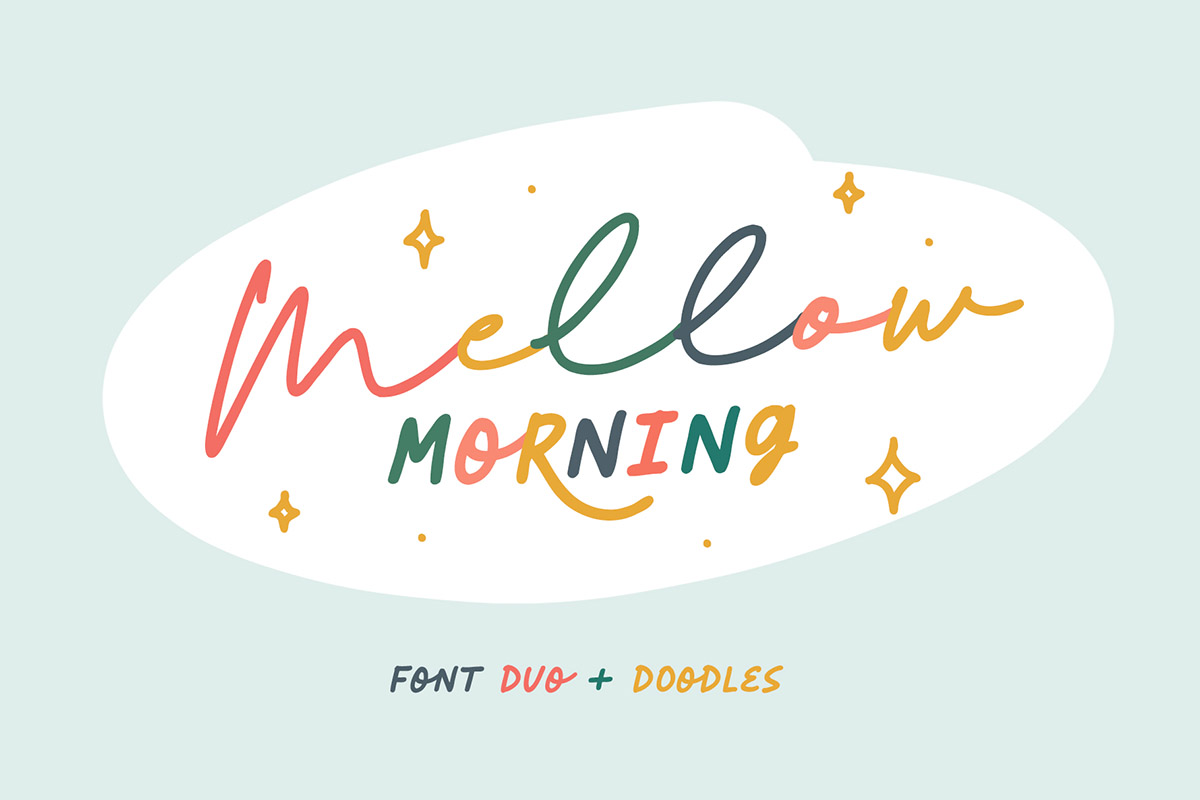 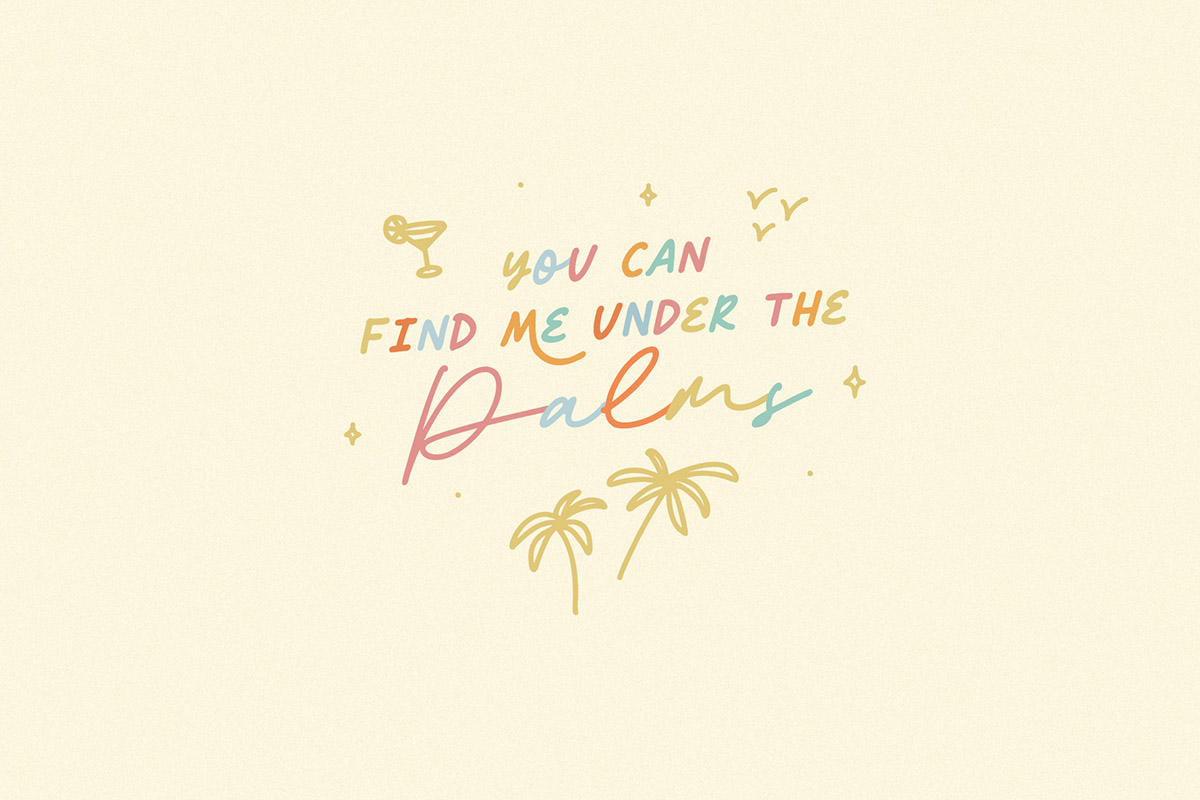 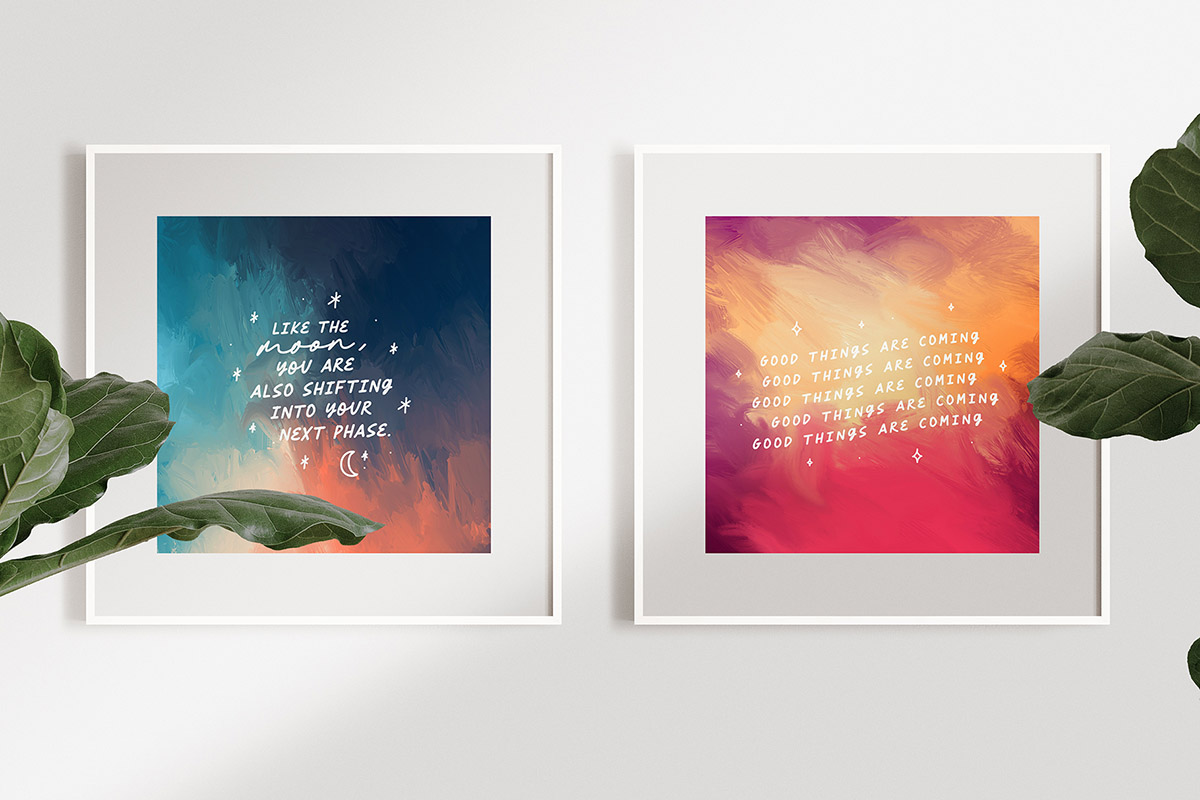 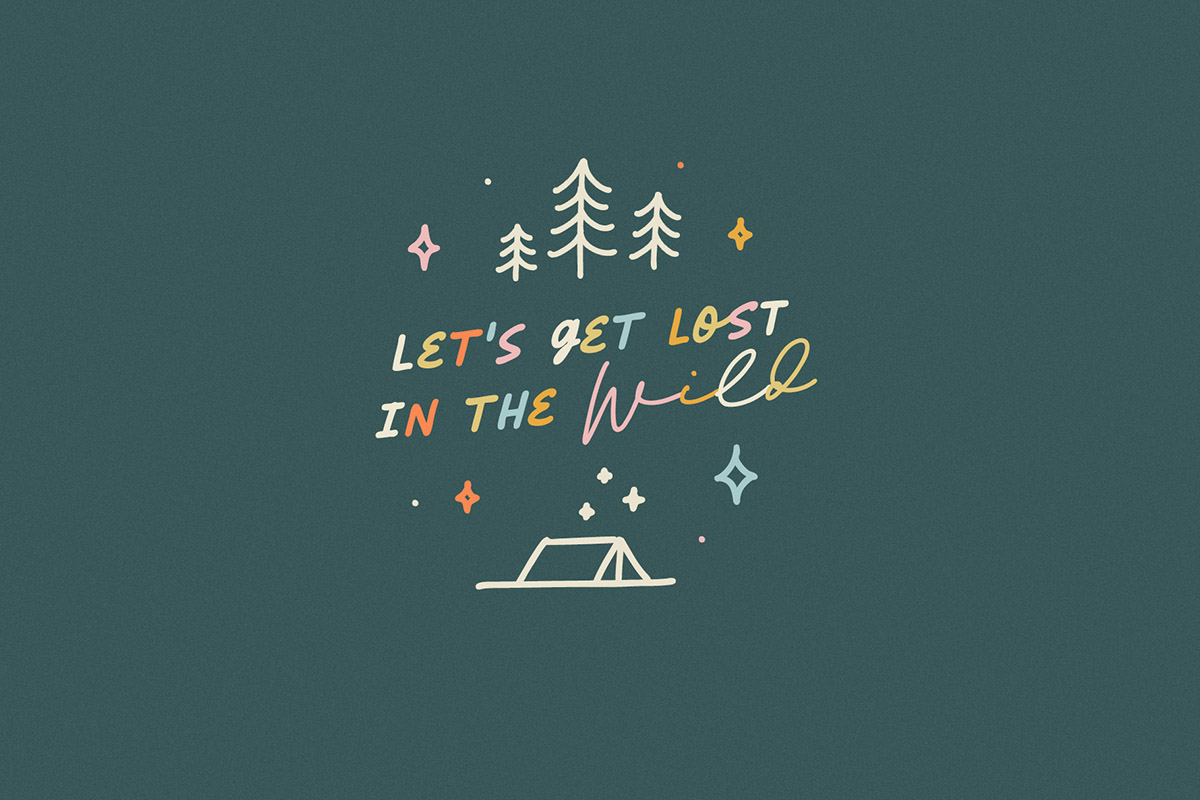 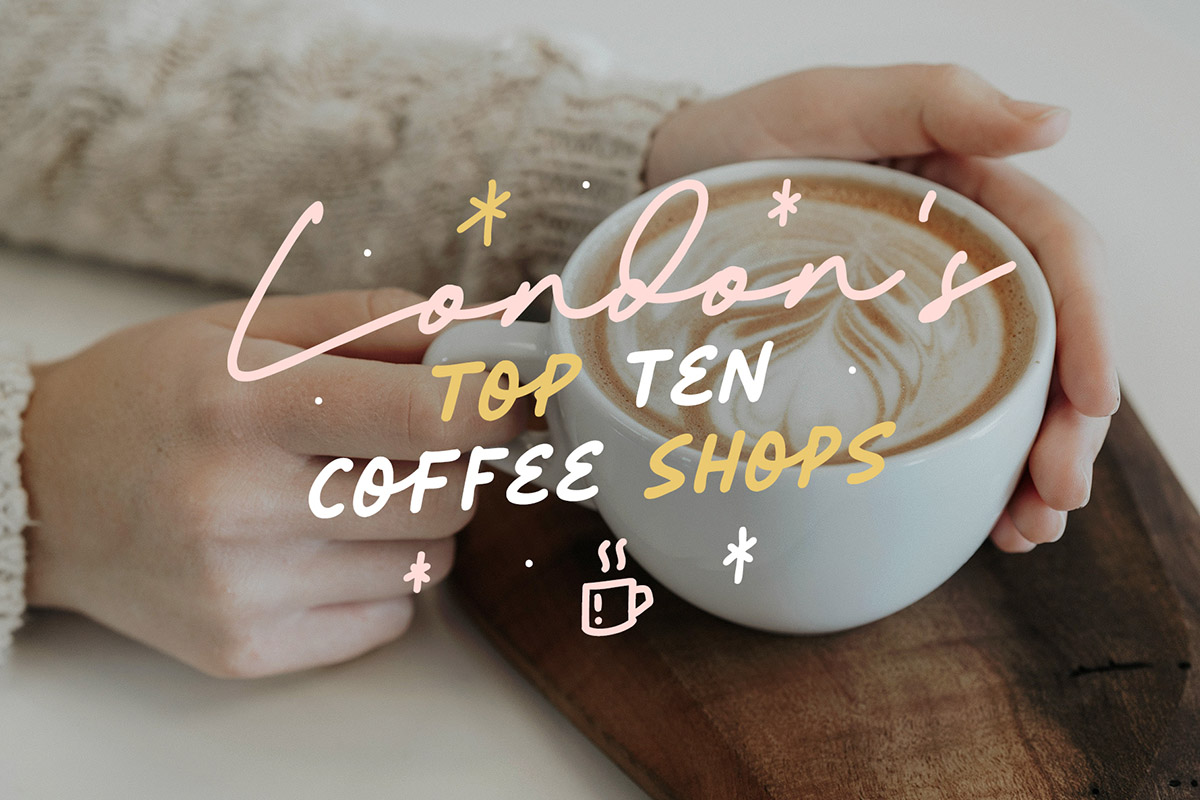 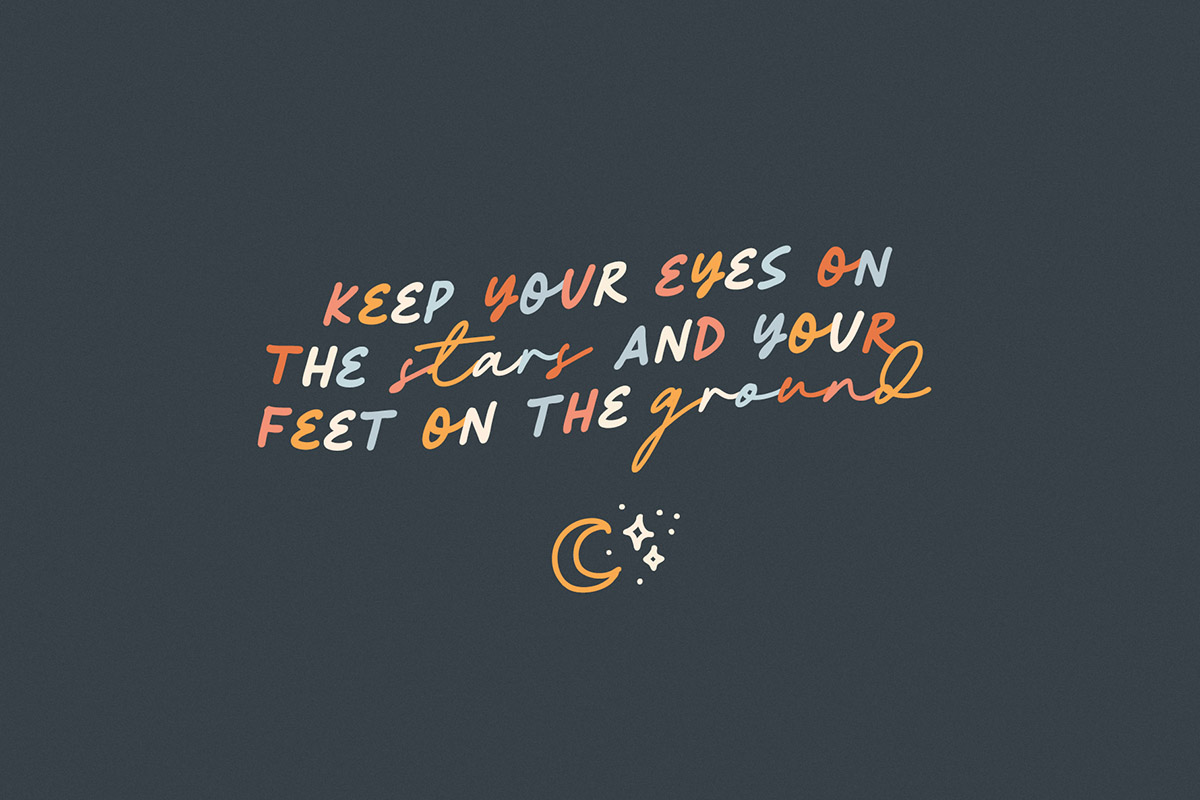 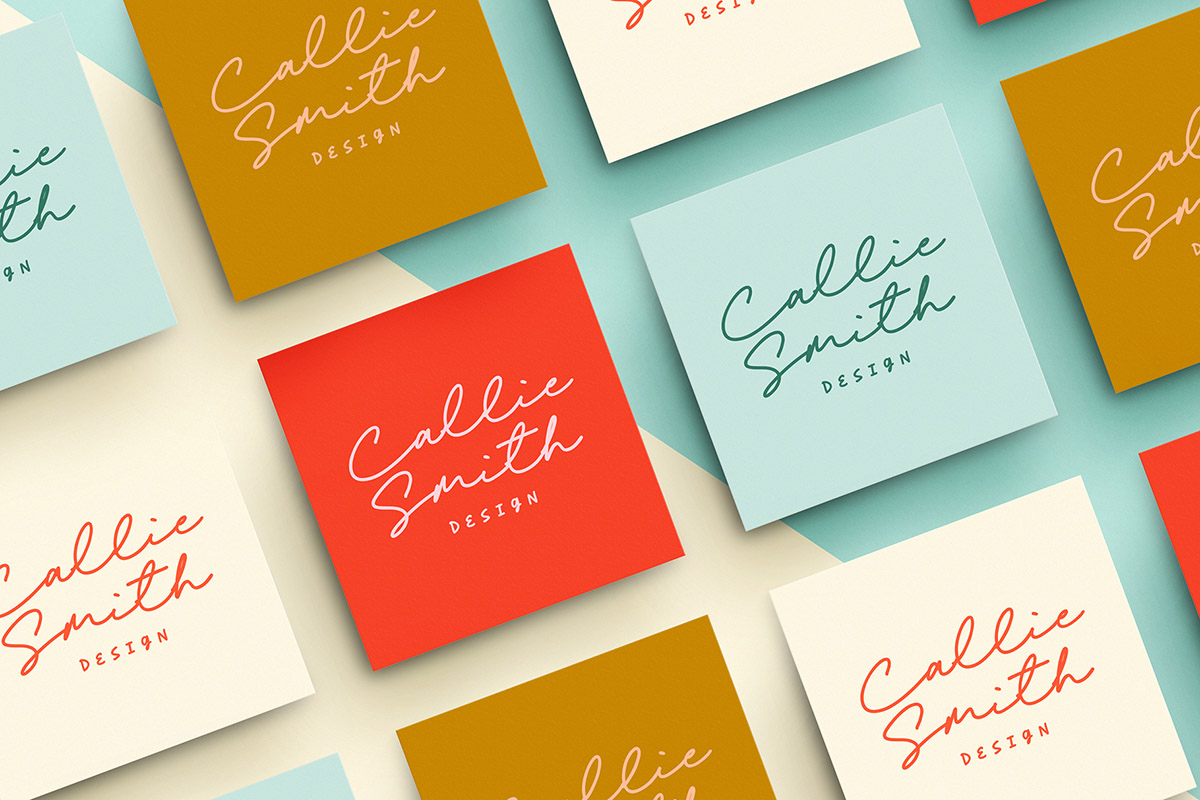 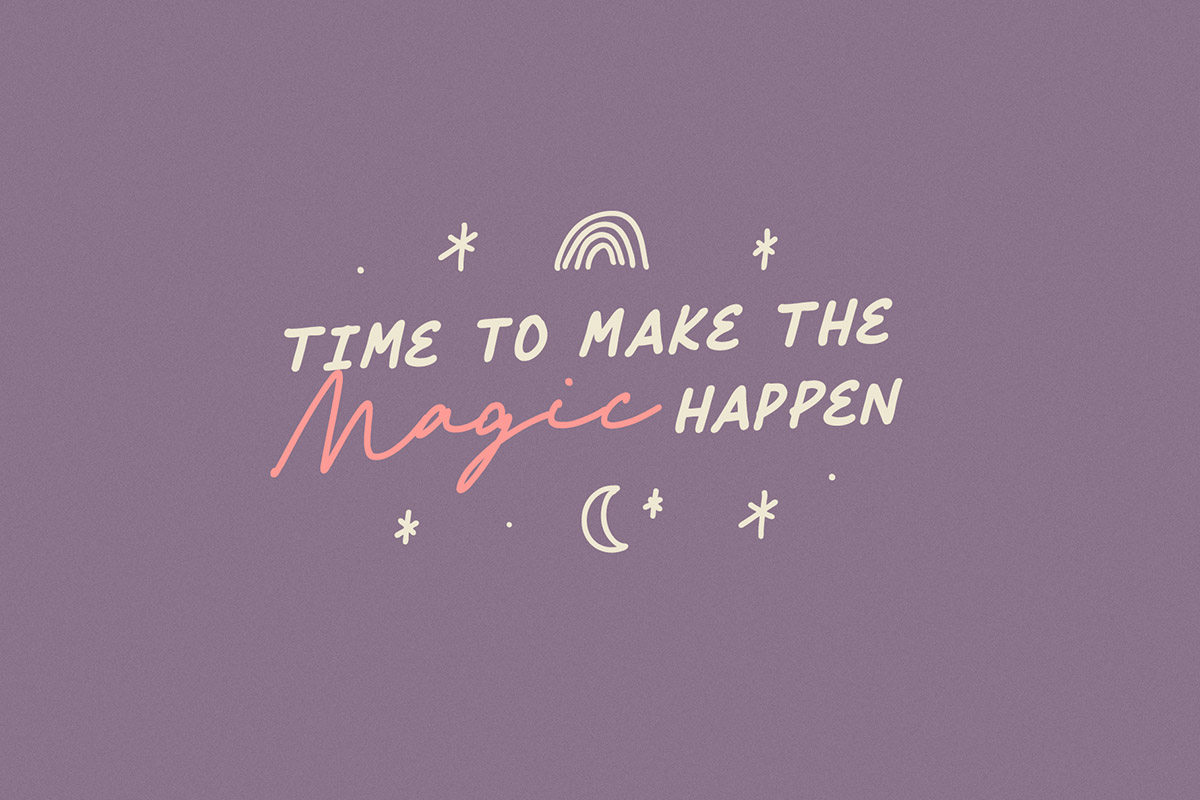 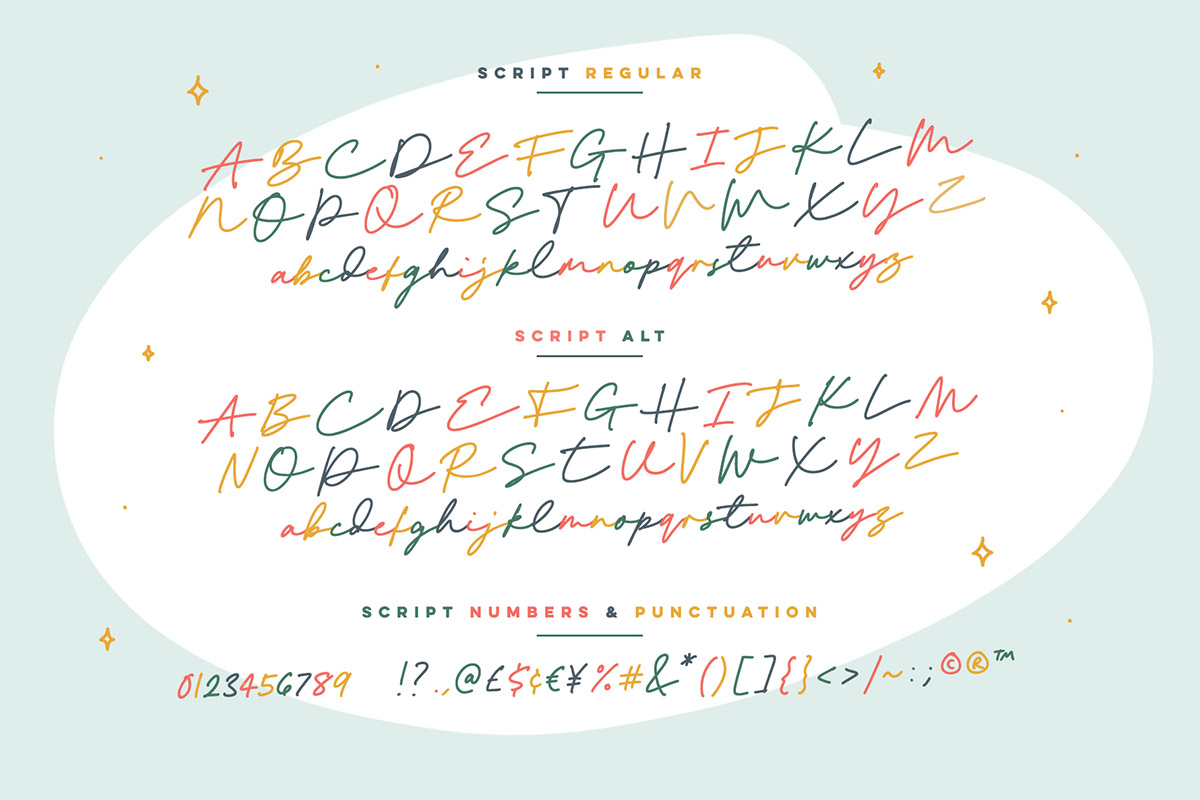 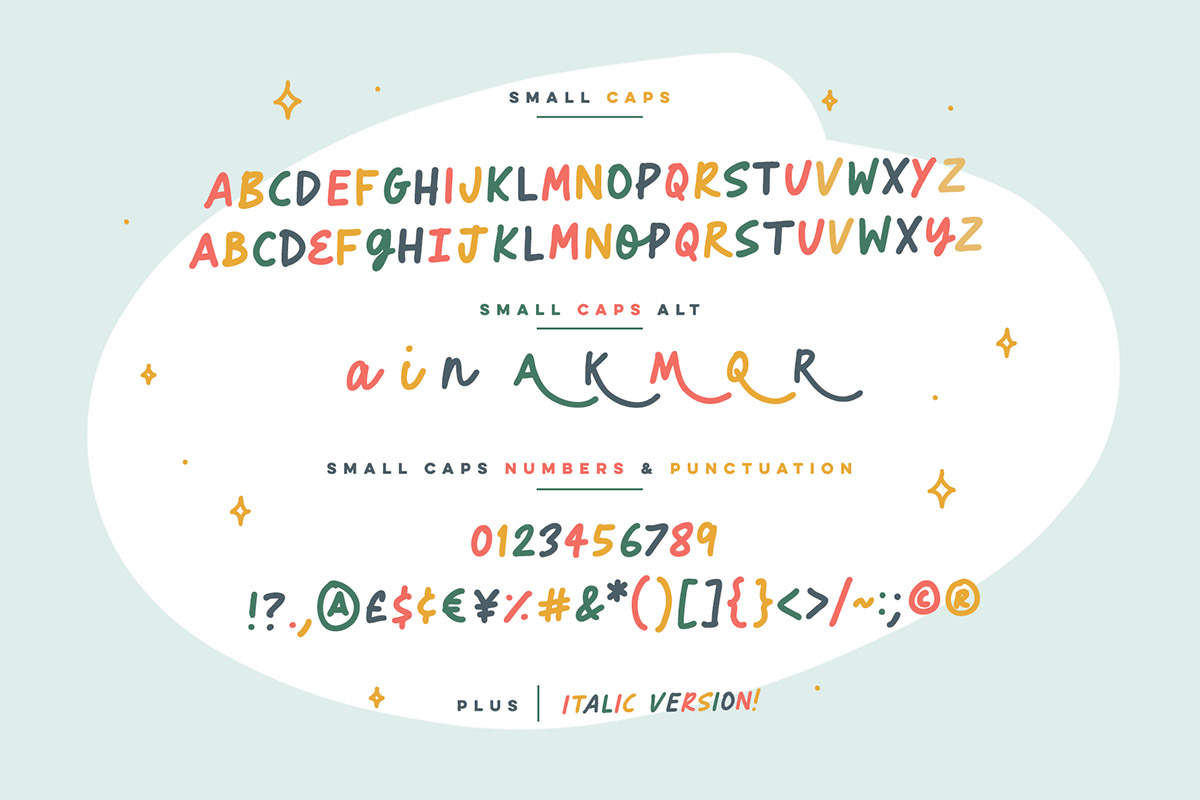 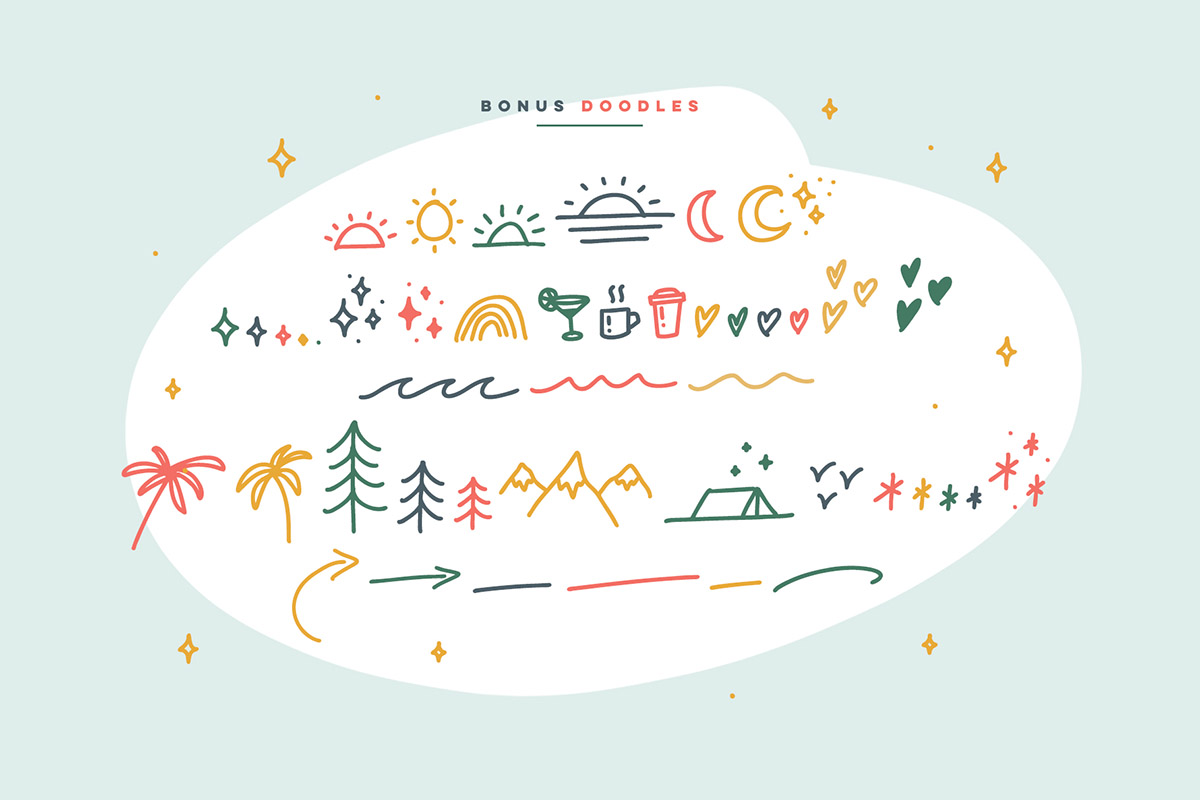 Inject some irresistible fun into your designs with the Mellow Morning Font Duo! This playful font duo consists of a fast flowing signature script, and a charming small caps font as the perfect companion. But that’s not all – also included is a bonus doodle font containing 45 hand-drawn doodles – designed to add an eye catching, hand-made appeal to your Mellow Morning fonts.

Mellow Morning Script Alt • This is a second version of Mellow Morning Script, with a completely new set of both upper and lowercase characters. If you wanted to avoid letters looking the same each time to recreate a custom-made style, or try a different word shape, simply switch to this font for an additional layout option.

Mellow Morning Doodles • A set of 45 doodles designed to pair with the Script & Small Caps fonts. Simply install this as it’s own font, and type any A-Z or a-s character to generate each doodle.