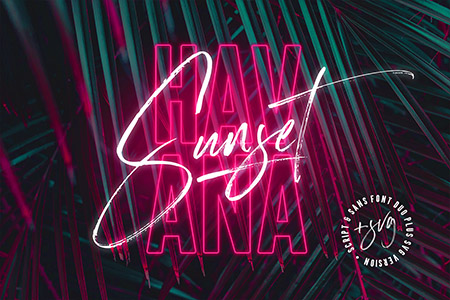 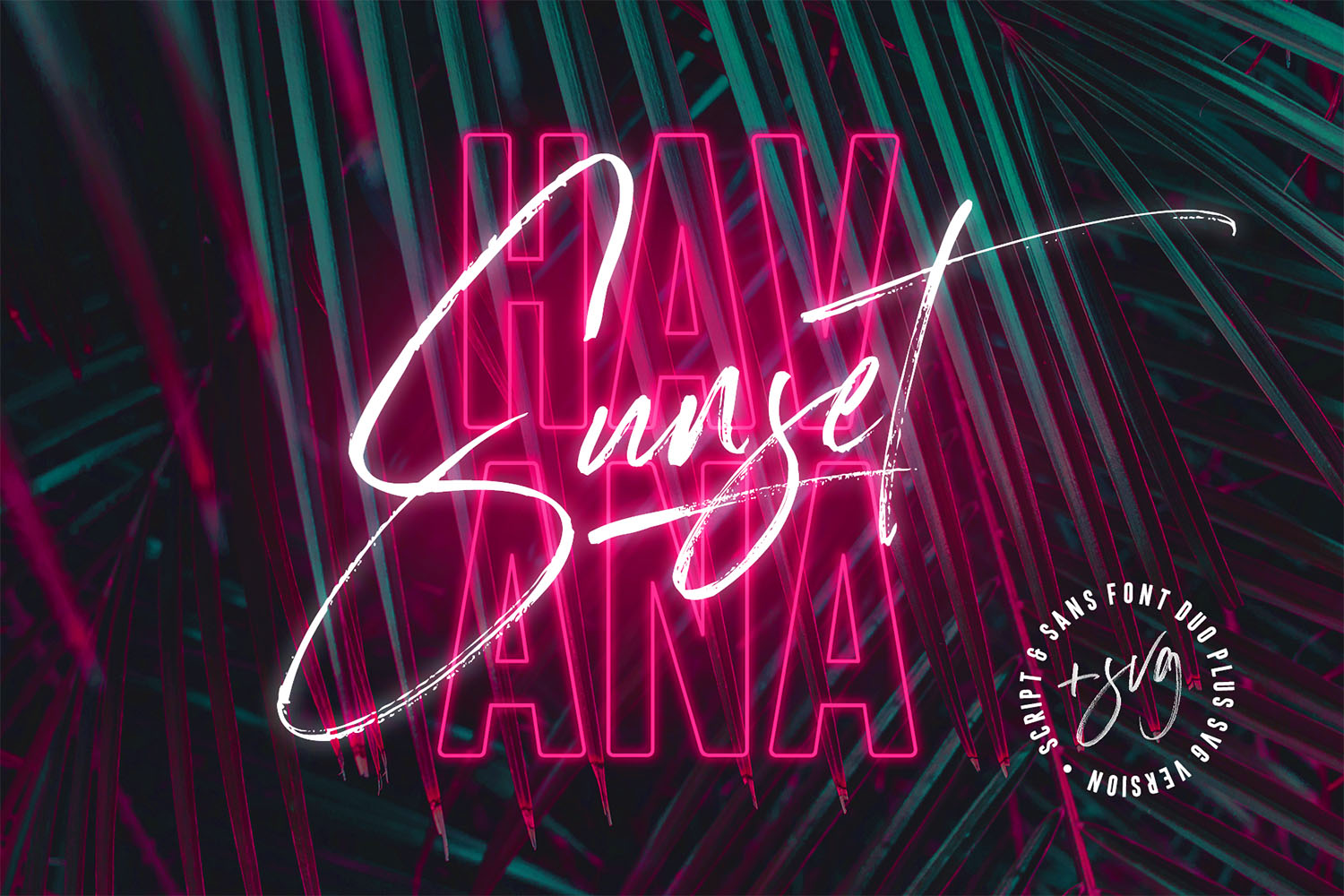 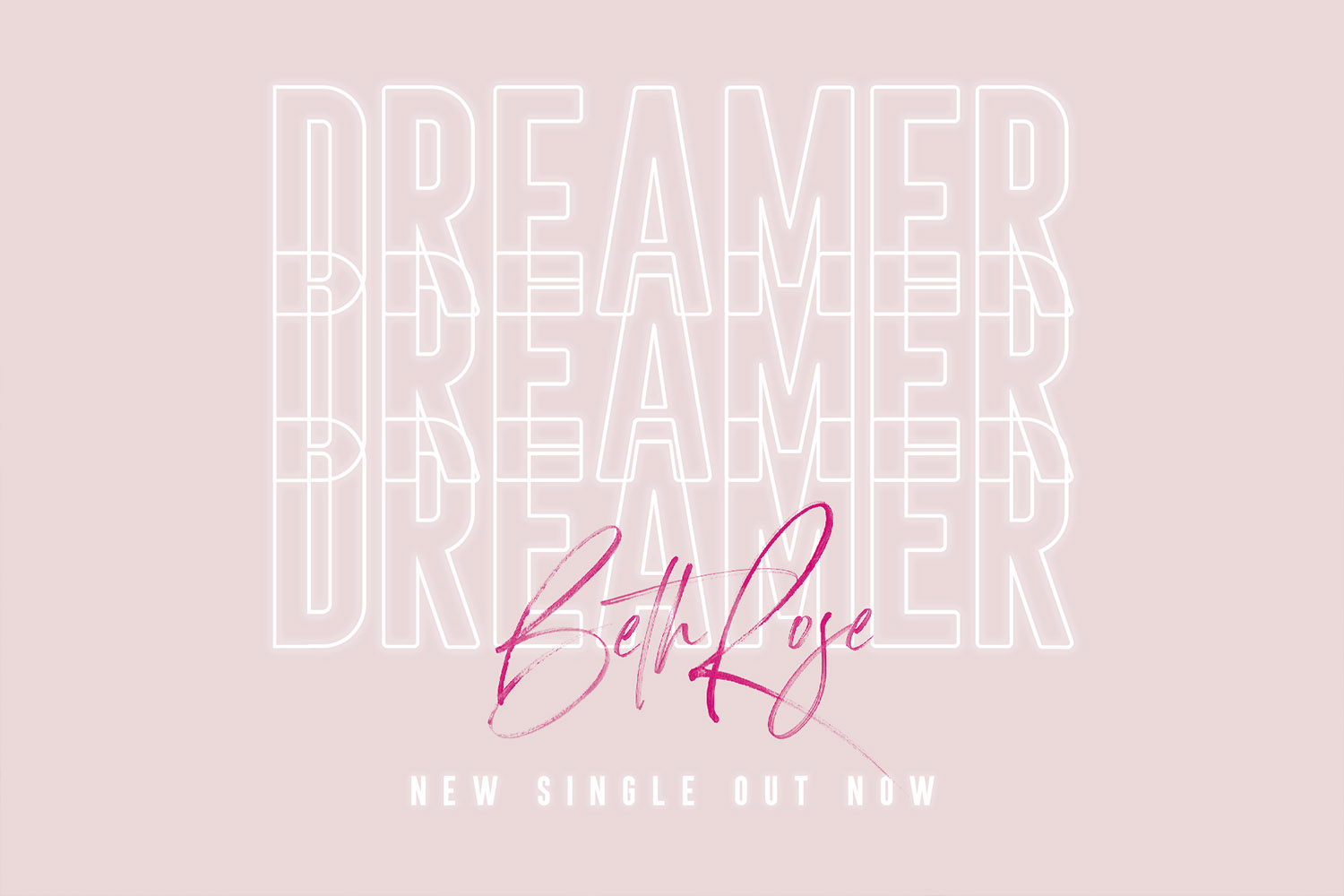 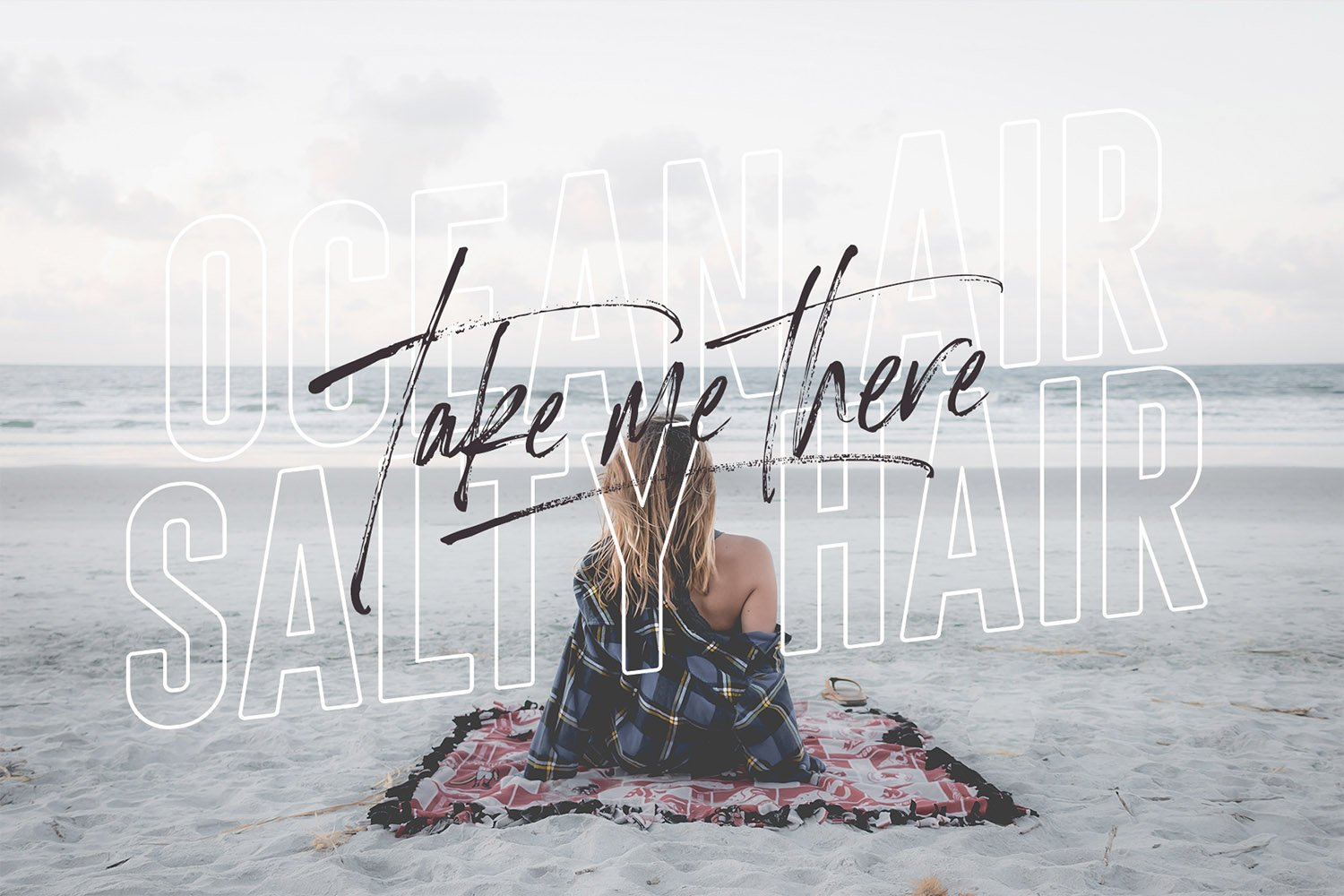 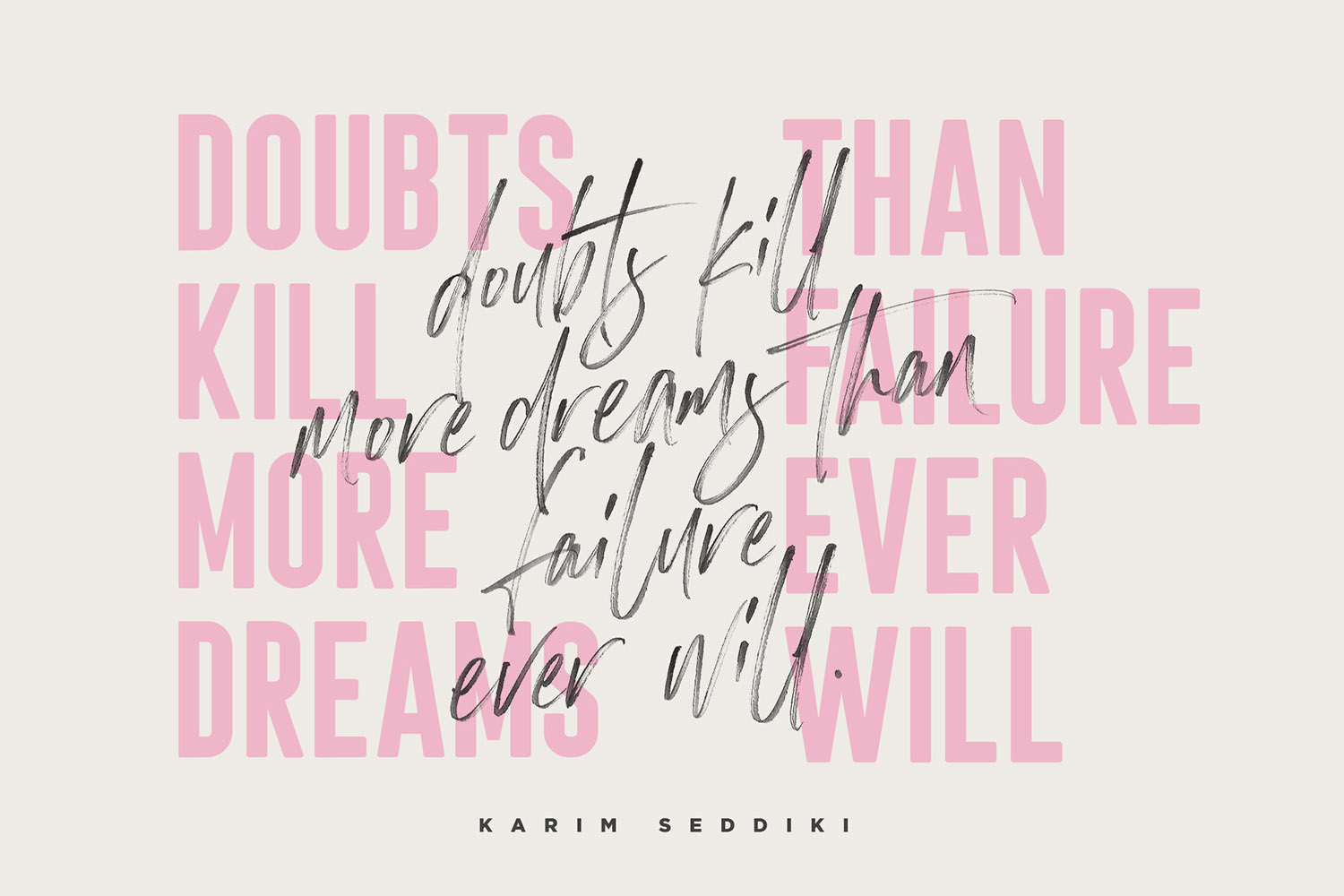 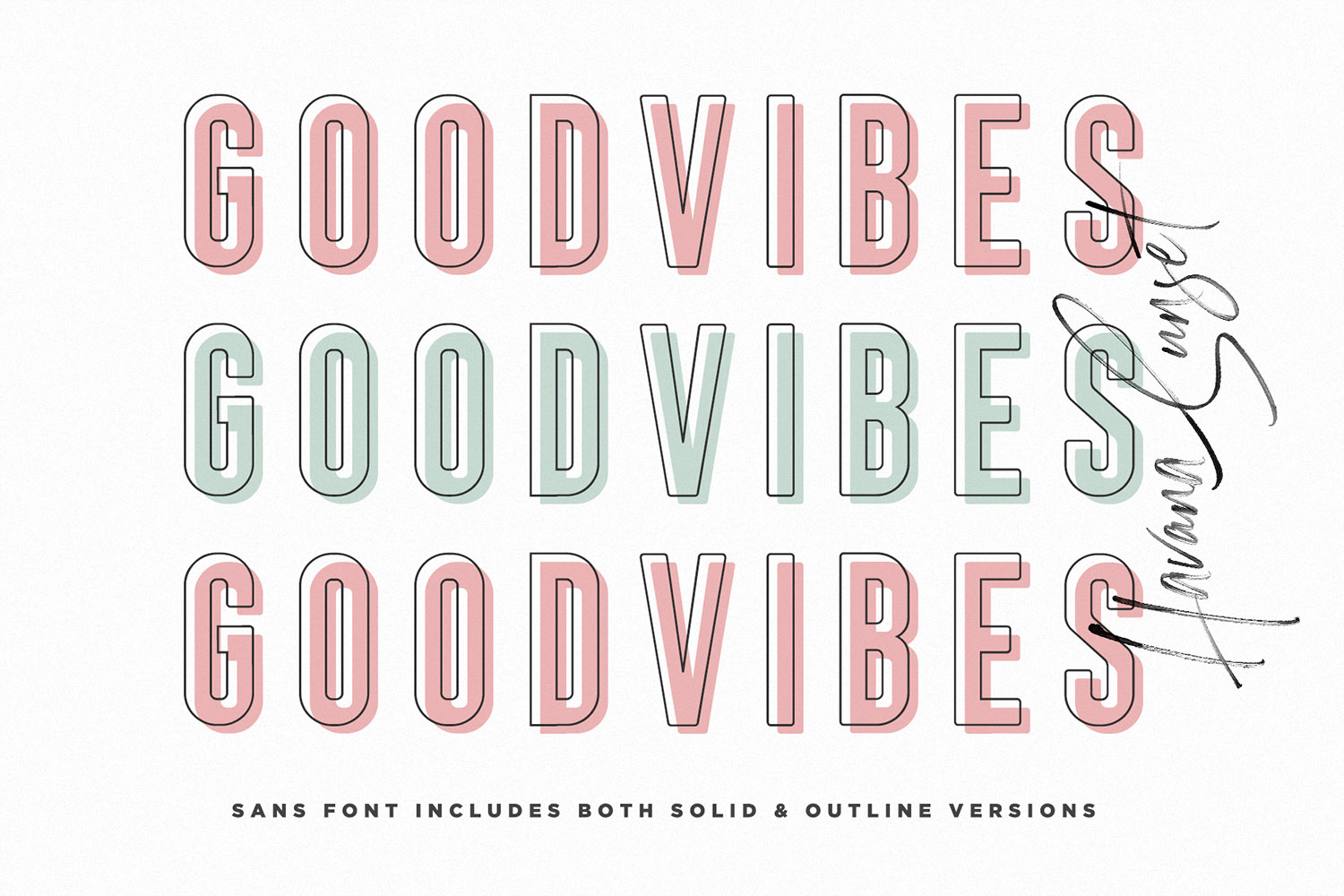 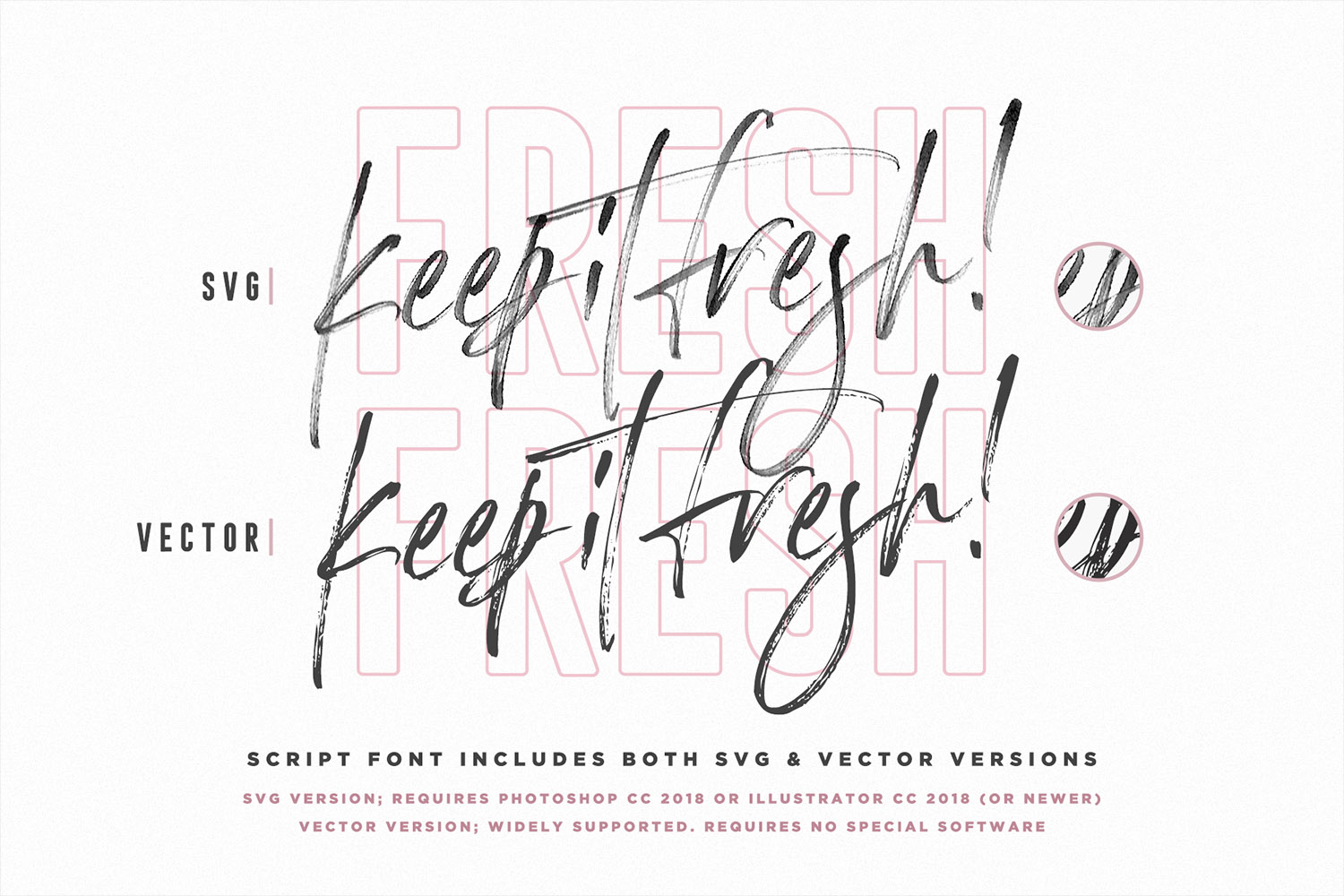 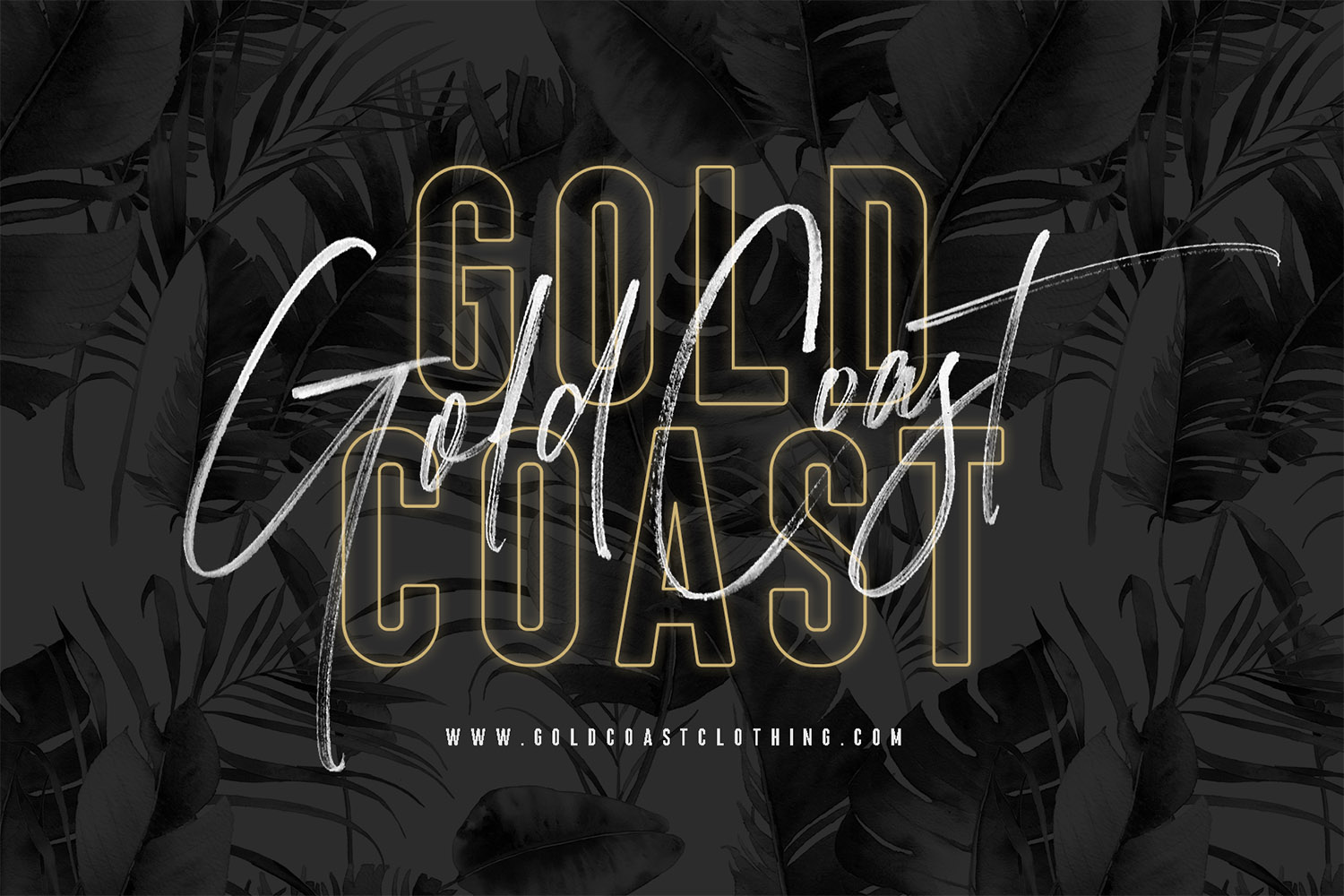 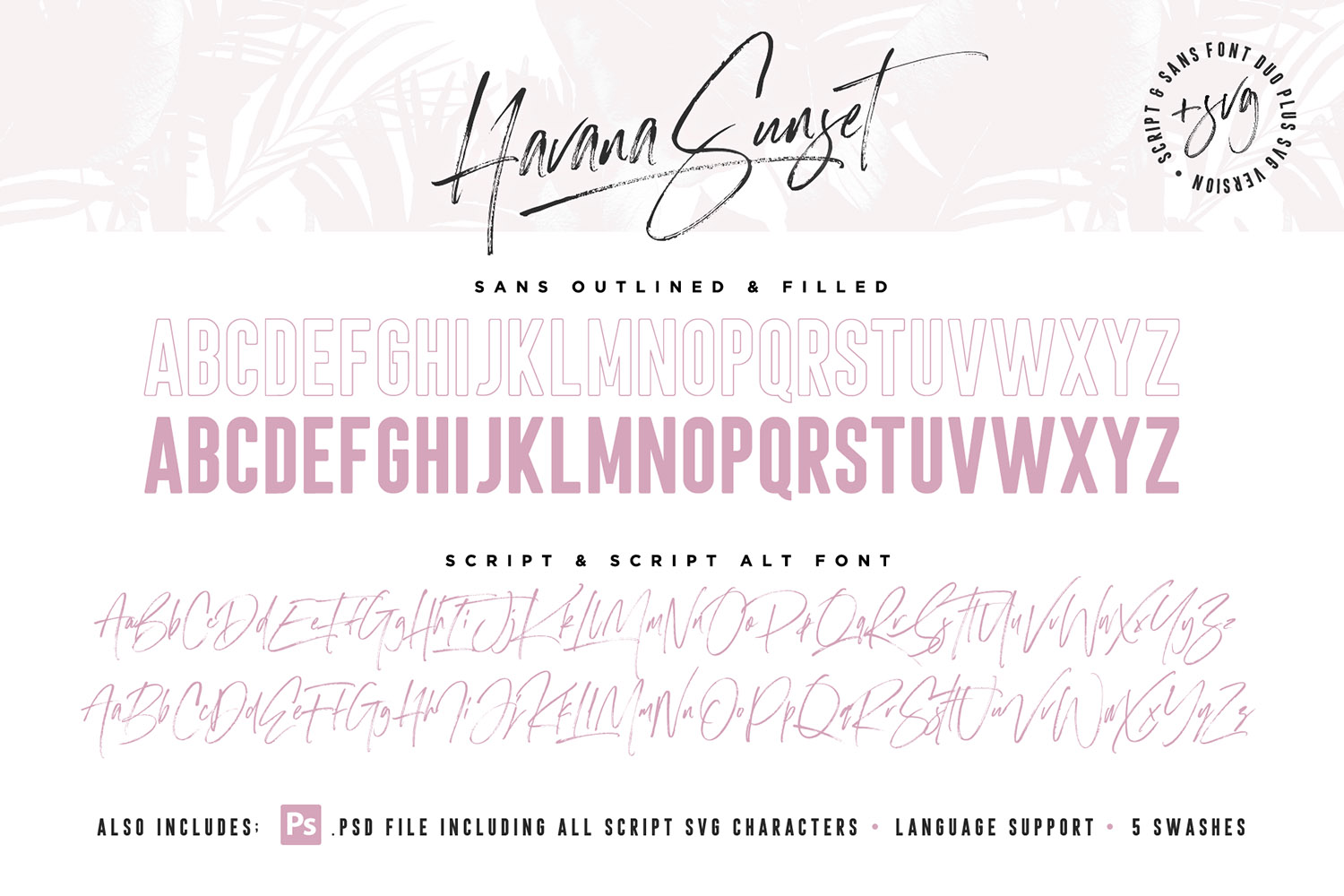 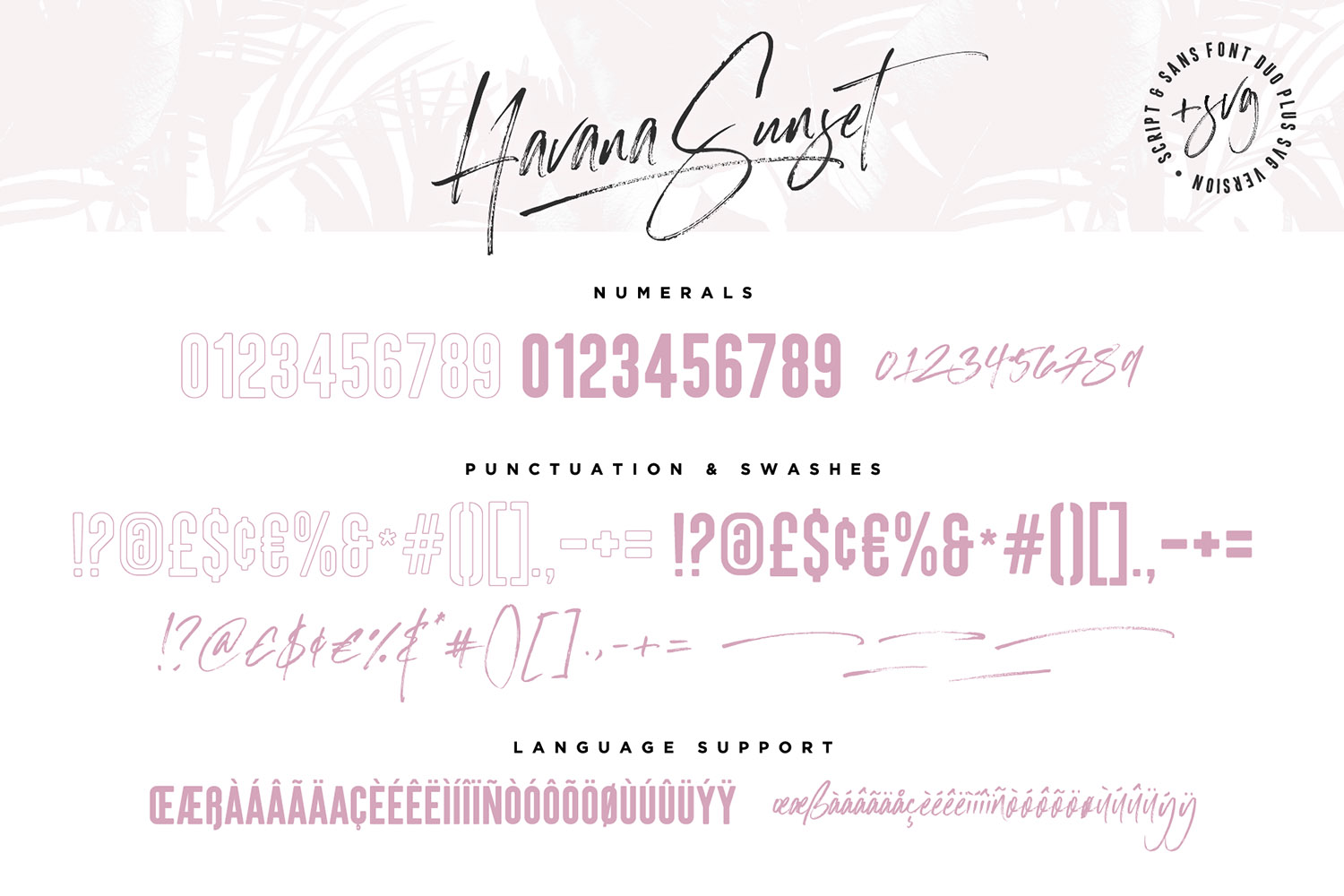 Let your hair down and enjoy the ride with Havana Sunset! Analogue meets digital in this font duo, pairing a carefree & textured script font with a trendy all-caps sans-serif – creating the perfect typography contrast for fun, free & stylish design projects.

This font duo is packed full of extra features; The script font includes a full alternate set of characters, as well as an additional SVG version, containing extra high-resolution textures. The sans font includes both a filled and an outlined version, giving you a variety of layout options. It’s a lot of fun to experiment with!

Here’s a run through everything included in your purchase;