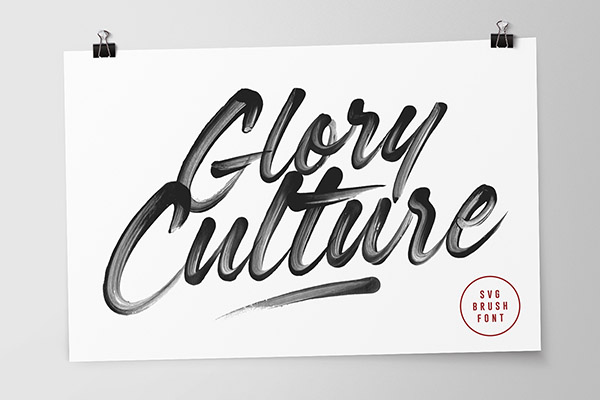 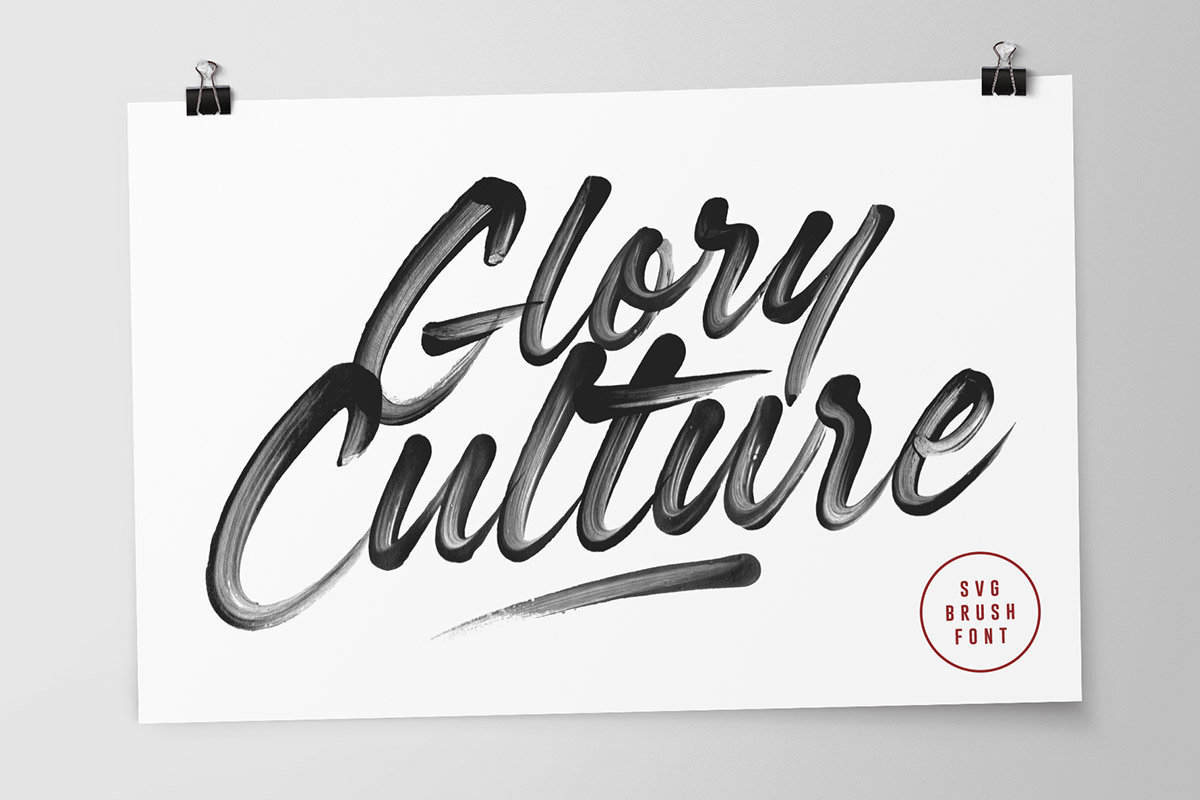 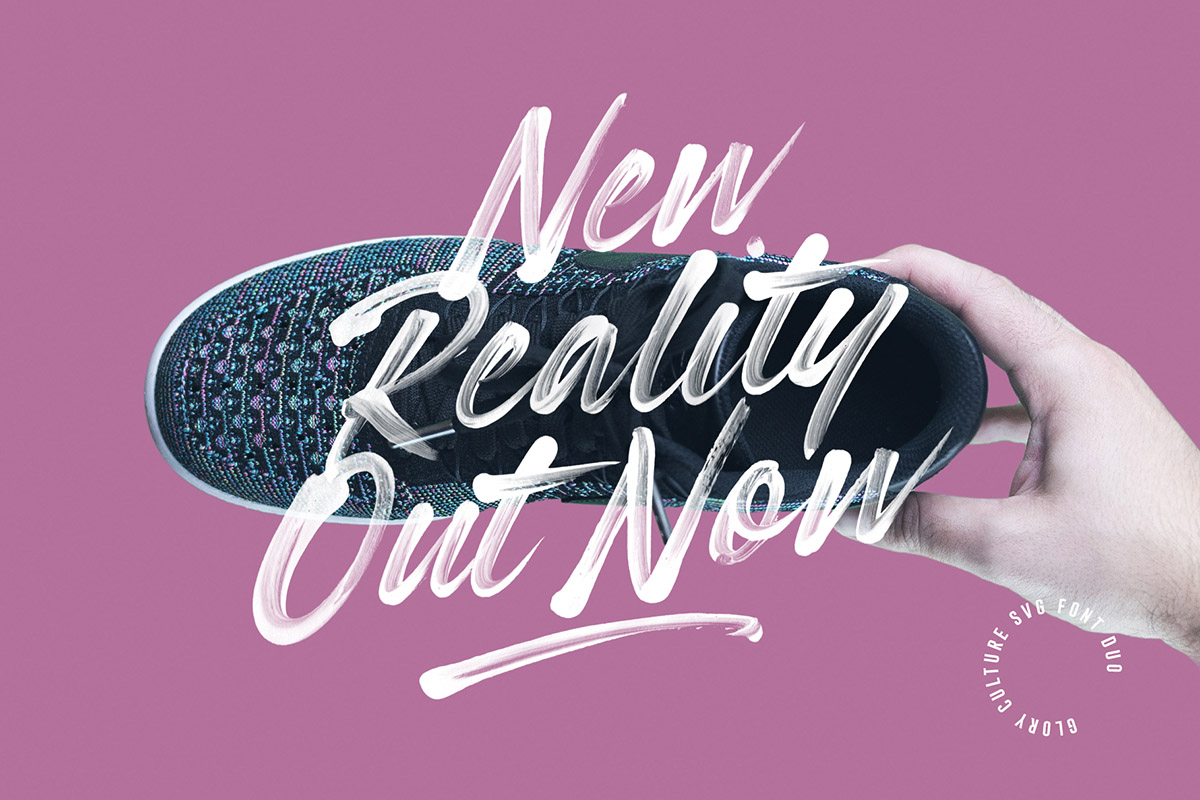 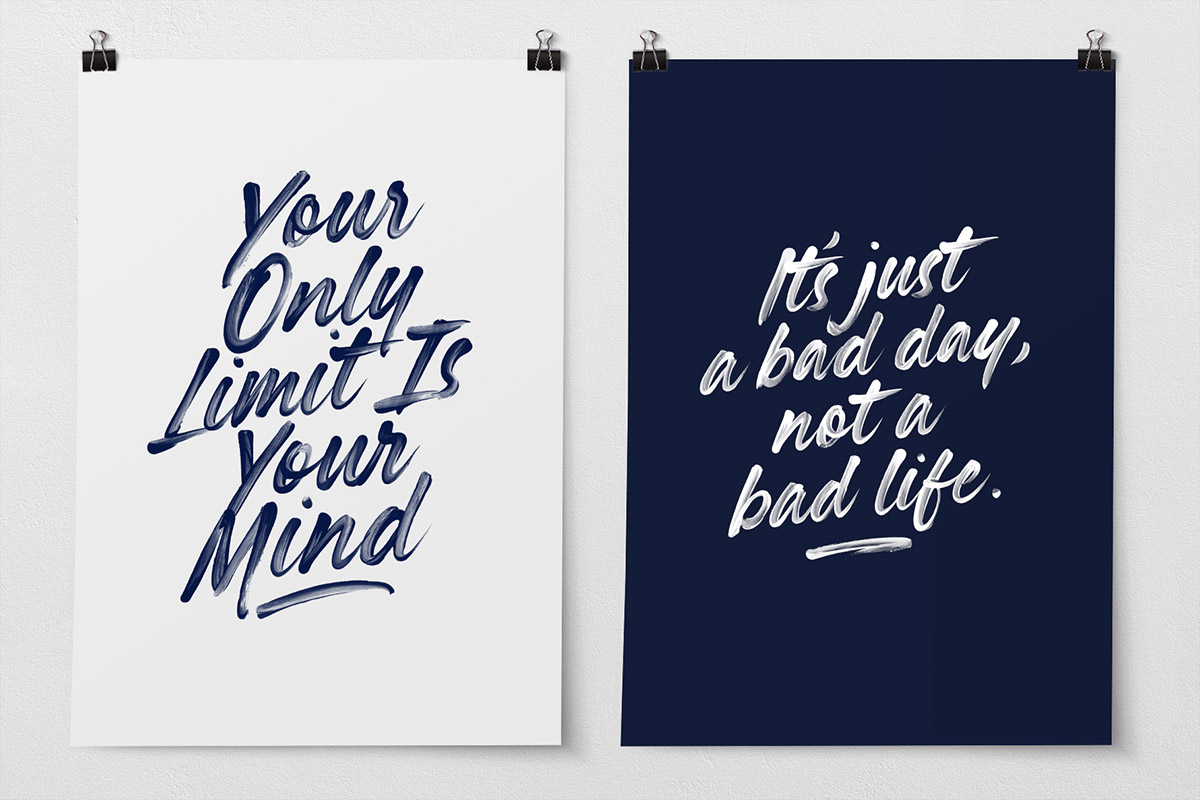 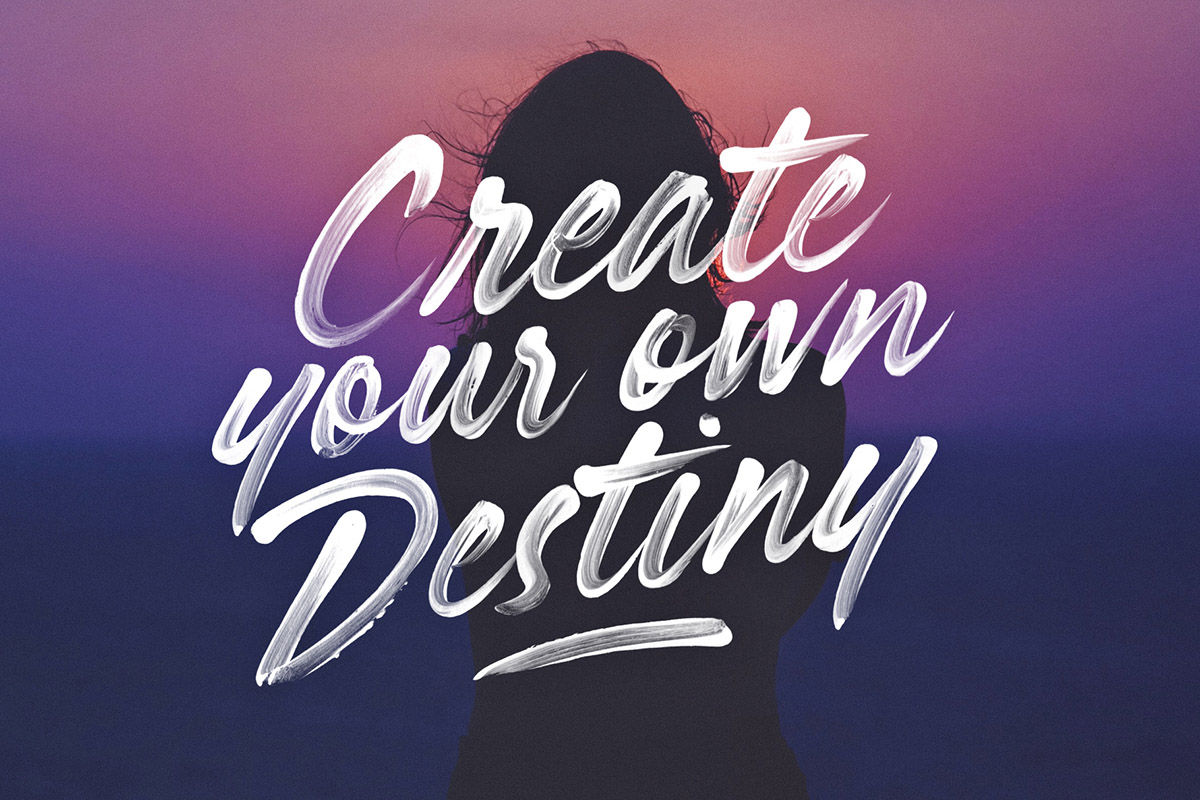 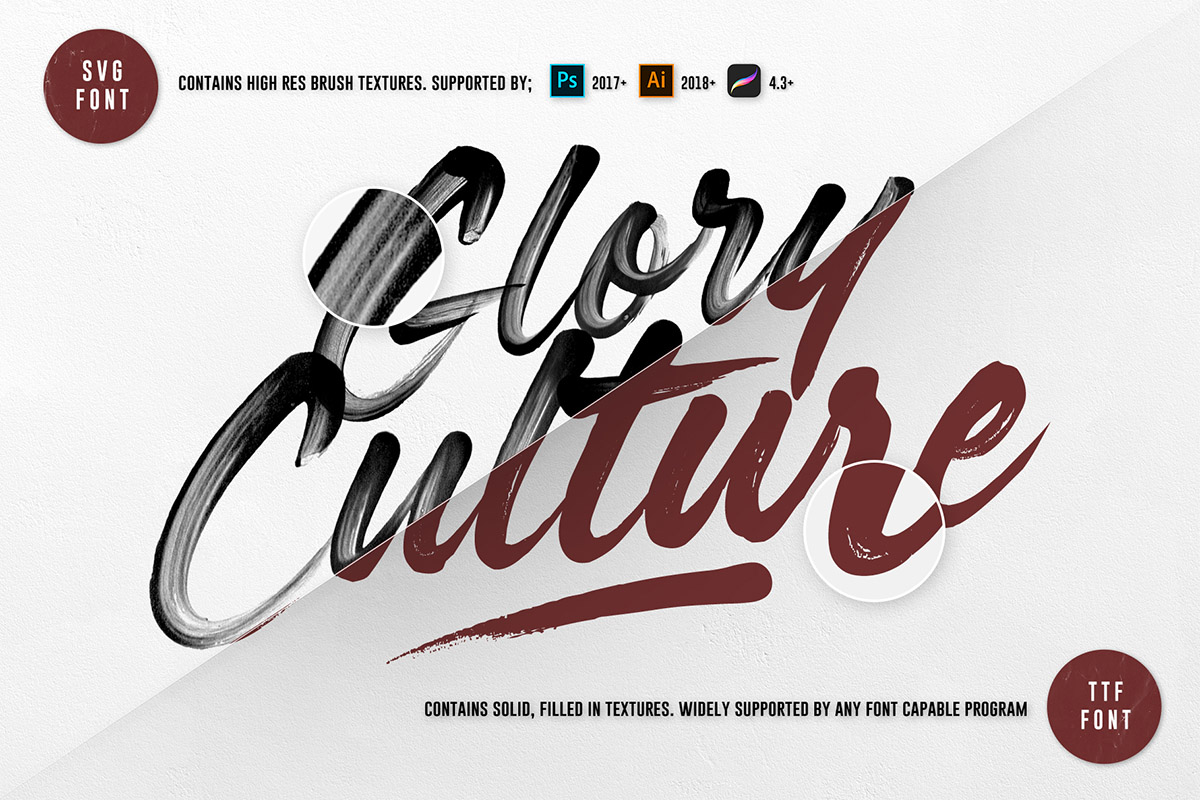 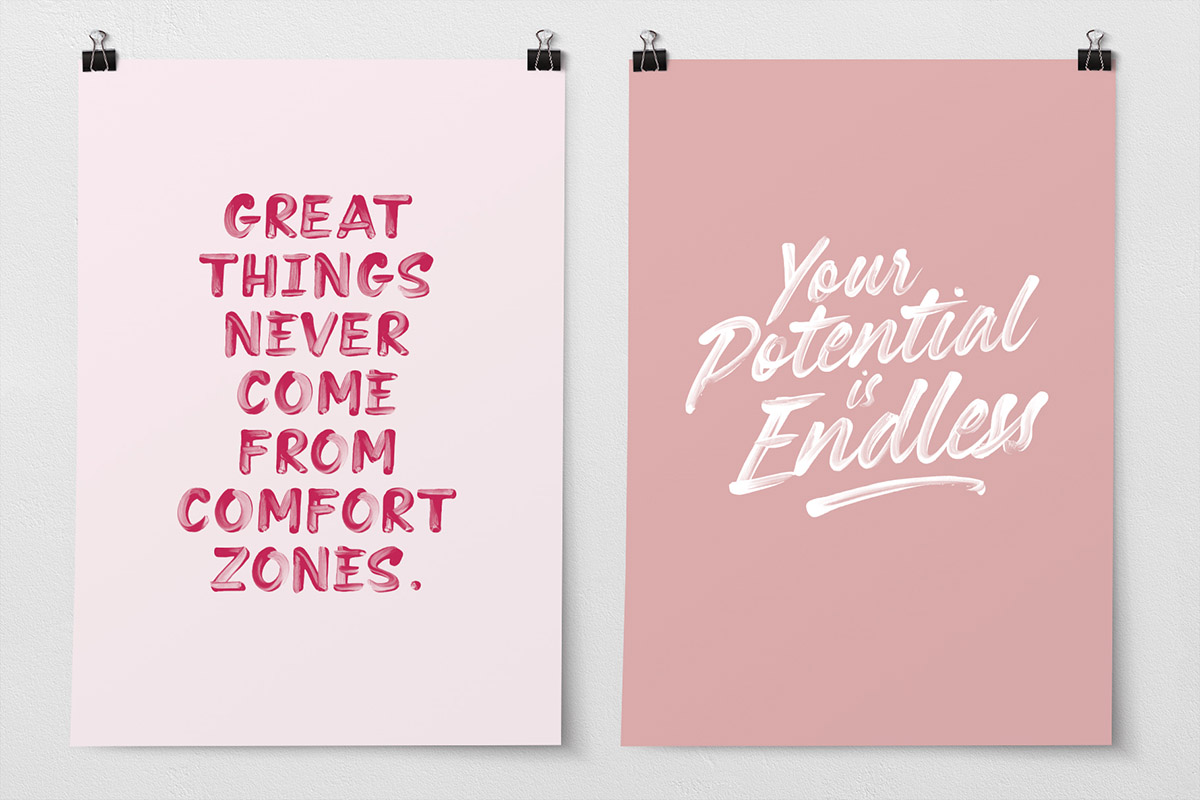 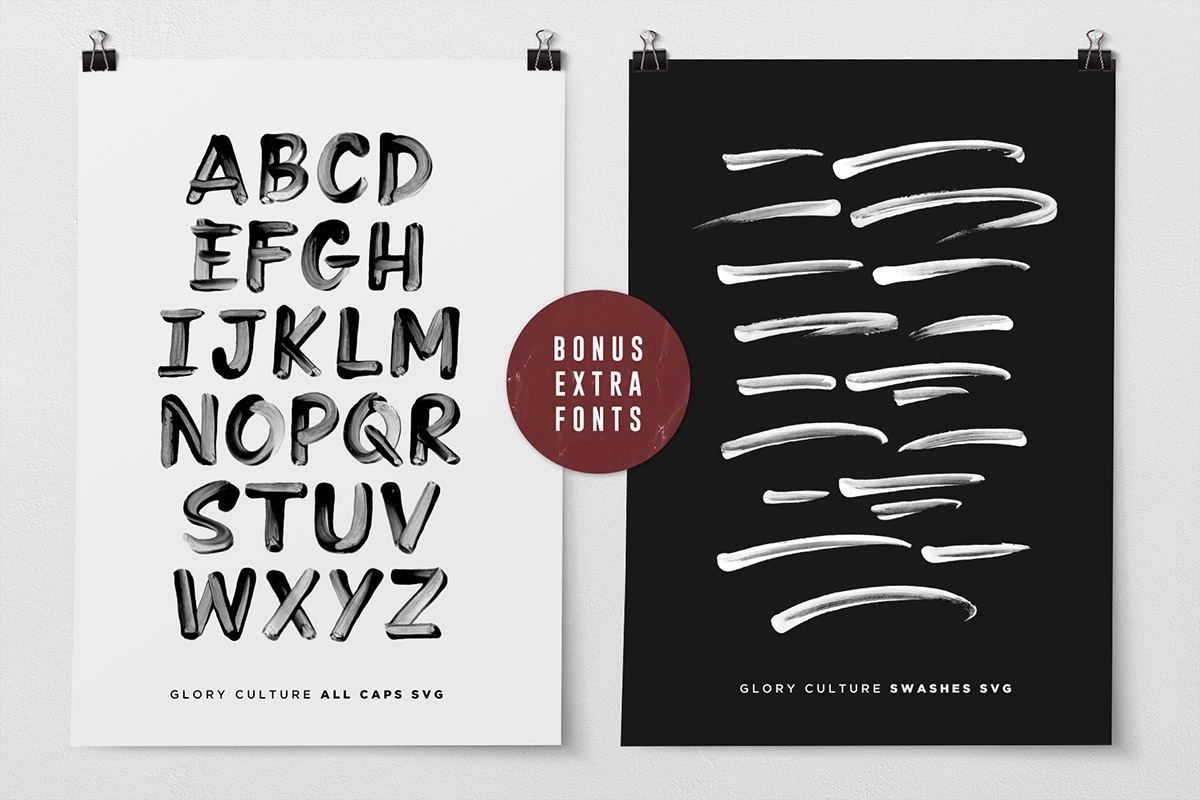 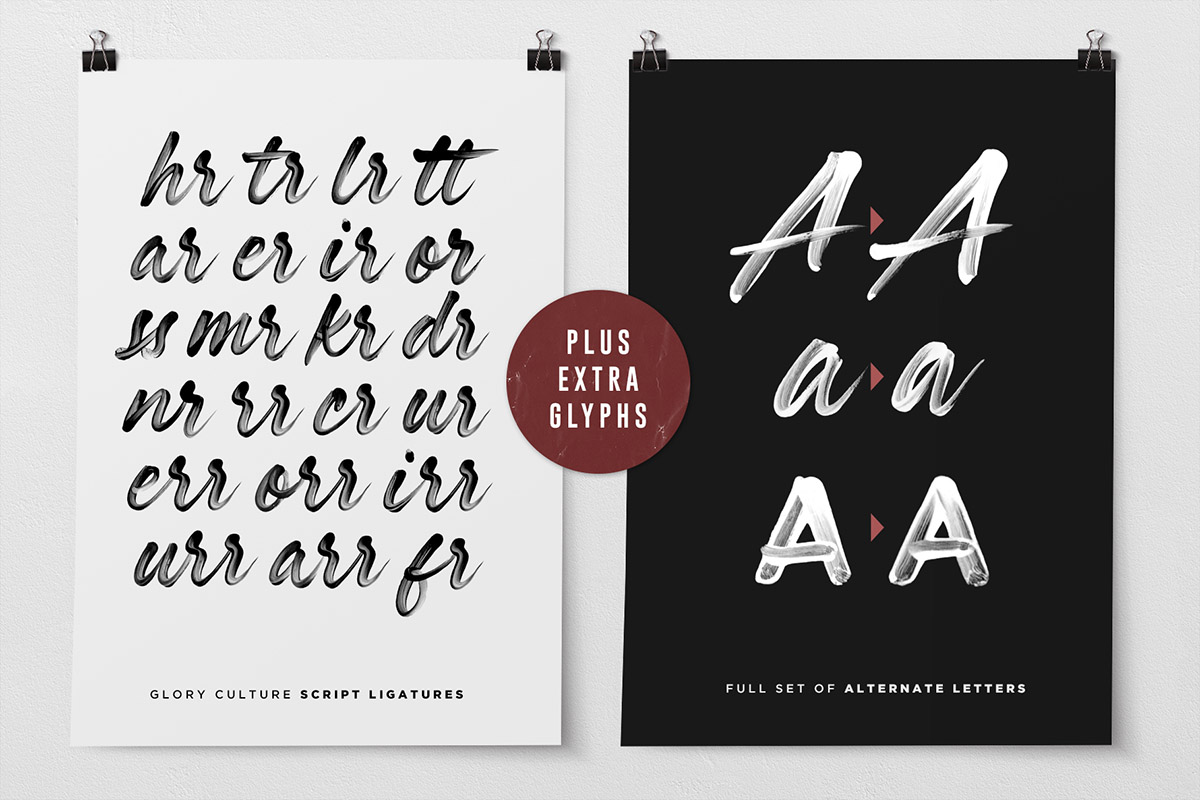 ❗Please note: The SVG versions require Photoshop CC 2017, Illustrator CC 2018, or Procreate 4.3 (or newer) to use. However regular versions are also included in a traditional font format which are widely supported.

Here’s a run through everything included;

2. Glory Culture Alt SVG • This is a second version of Glory Culture SVG, with a completely new set of upper & lowercase characters. If you wanted to avoid letters looking the same each time to recreate a custom-made style, or try a different word shape, simply switch to this font for an additional layout option.

3. Glory Culture All Caps SVG • A bonus font with a new set of uppercase characters, which work much better when using all-caps. Pairs perfectly with the regular version, or also works great as it’s own standalone font. Turn on caps lock for a completely alternate set of A-Z letters.

5. TTF versions of the 4 SVG fonts • All 4 Glory Culture fonts are also included in the traditional vectorised TTF format. This format has solid, filled in textures and is universally supported.