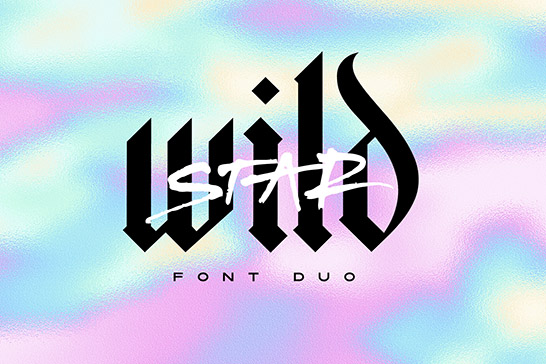 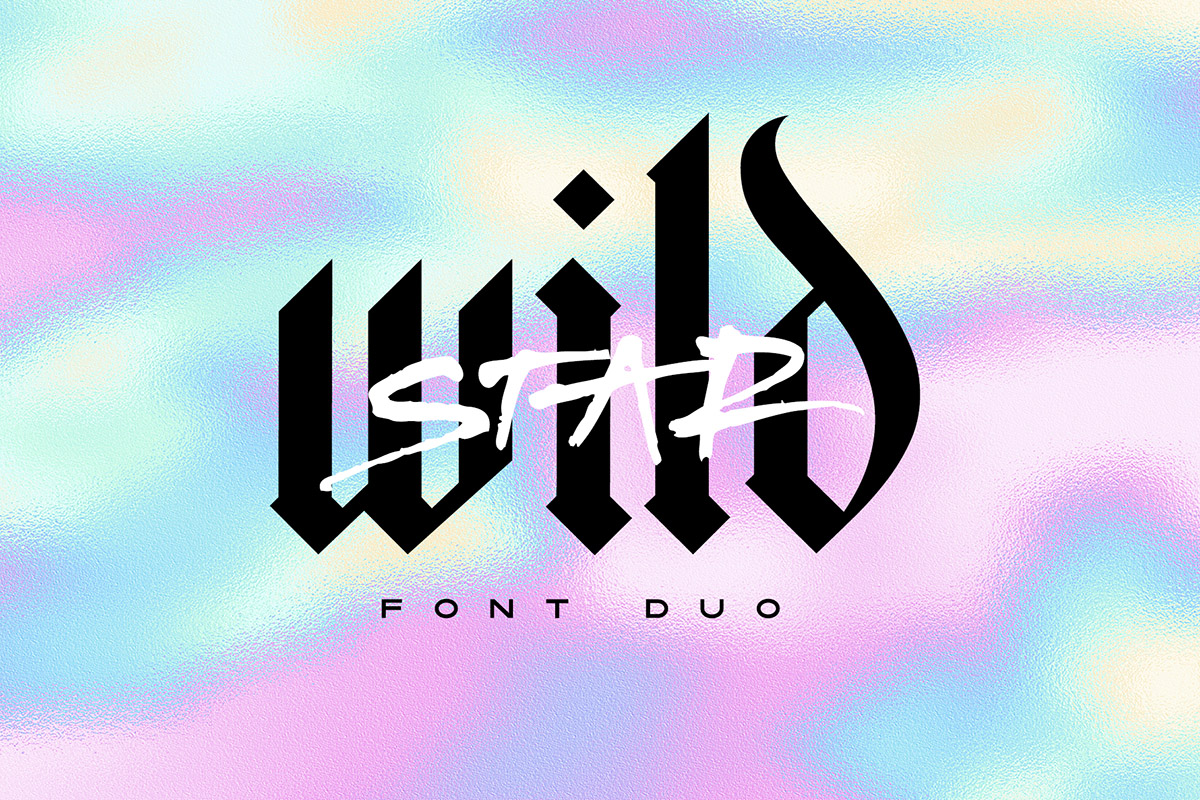 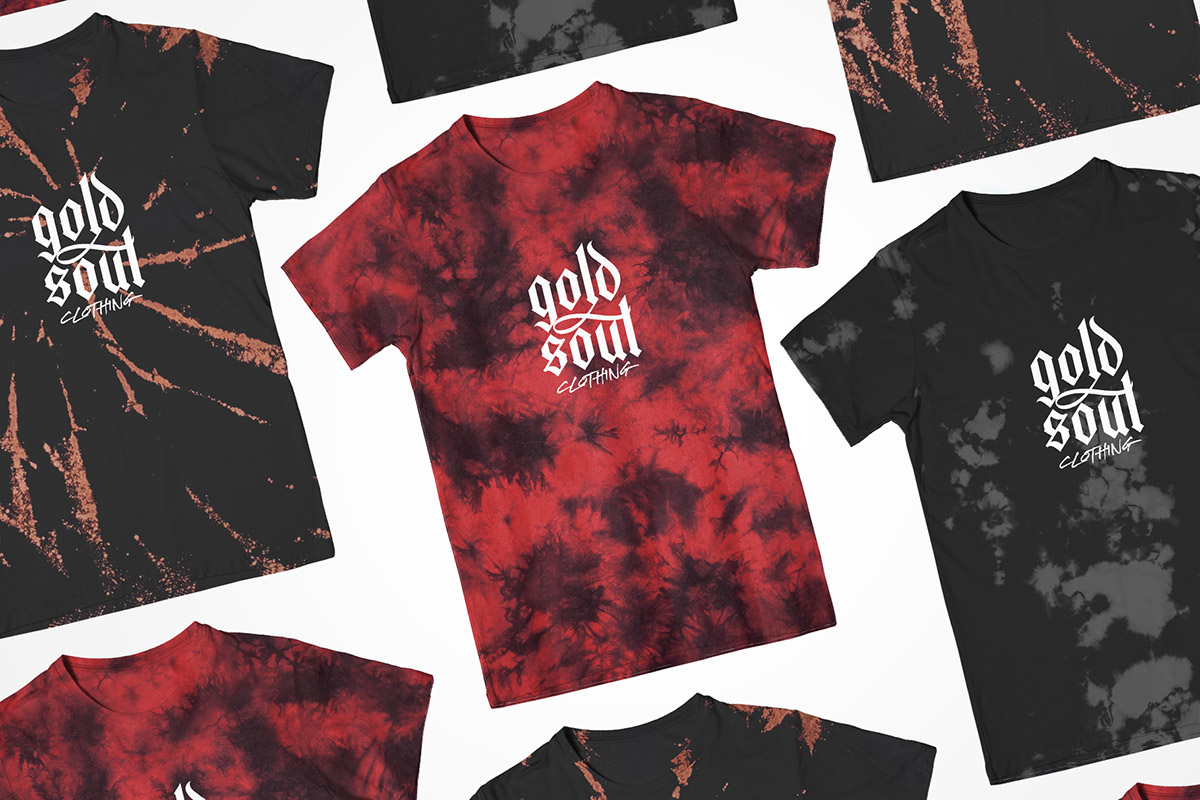 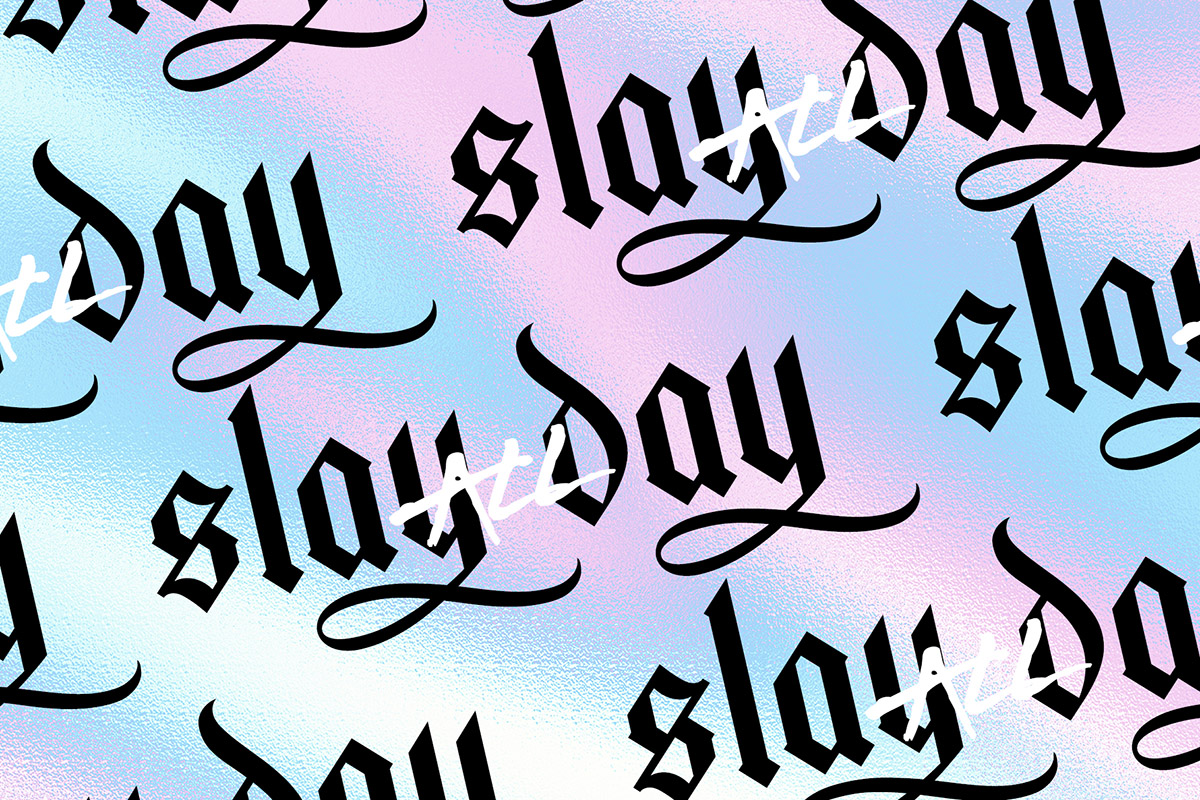 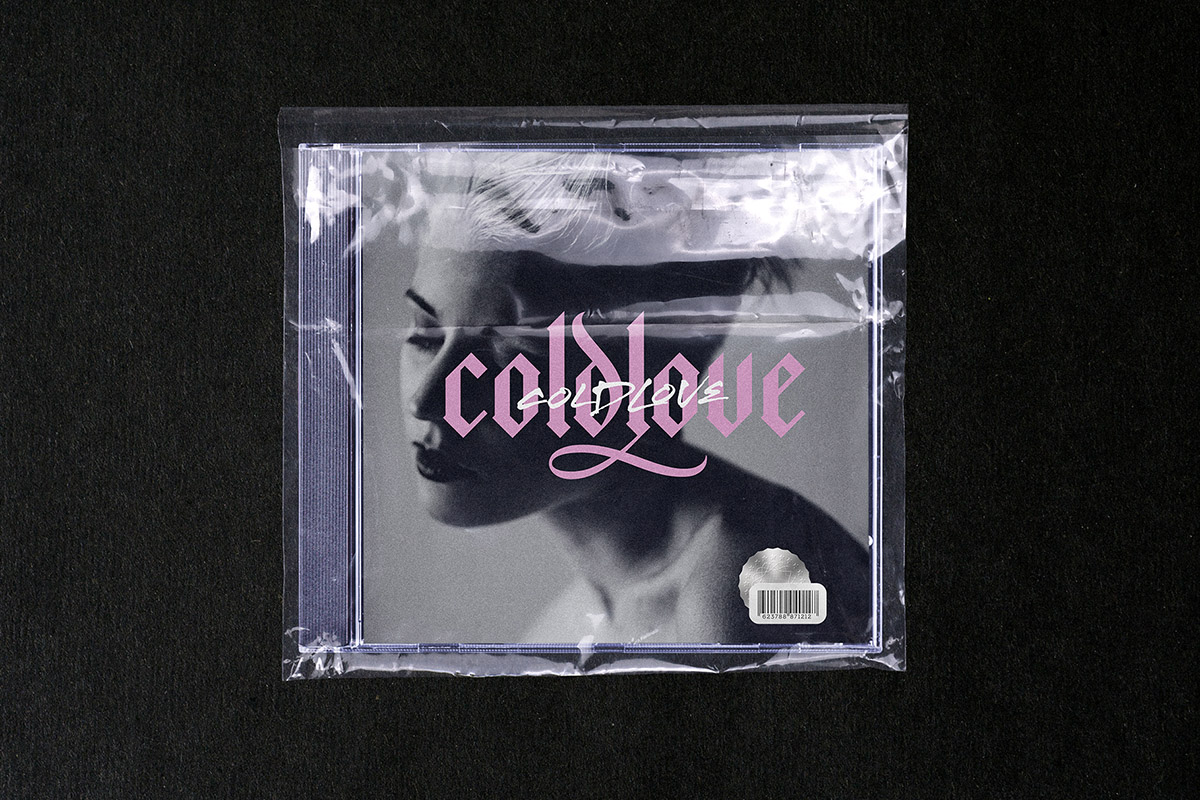 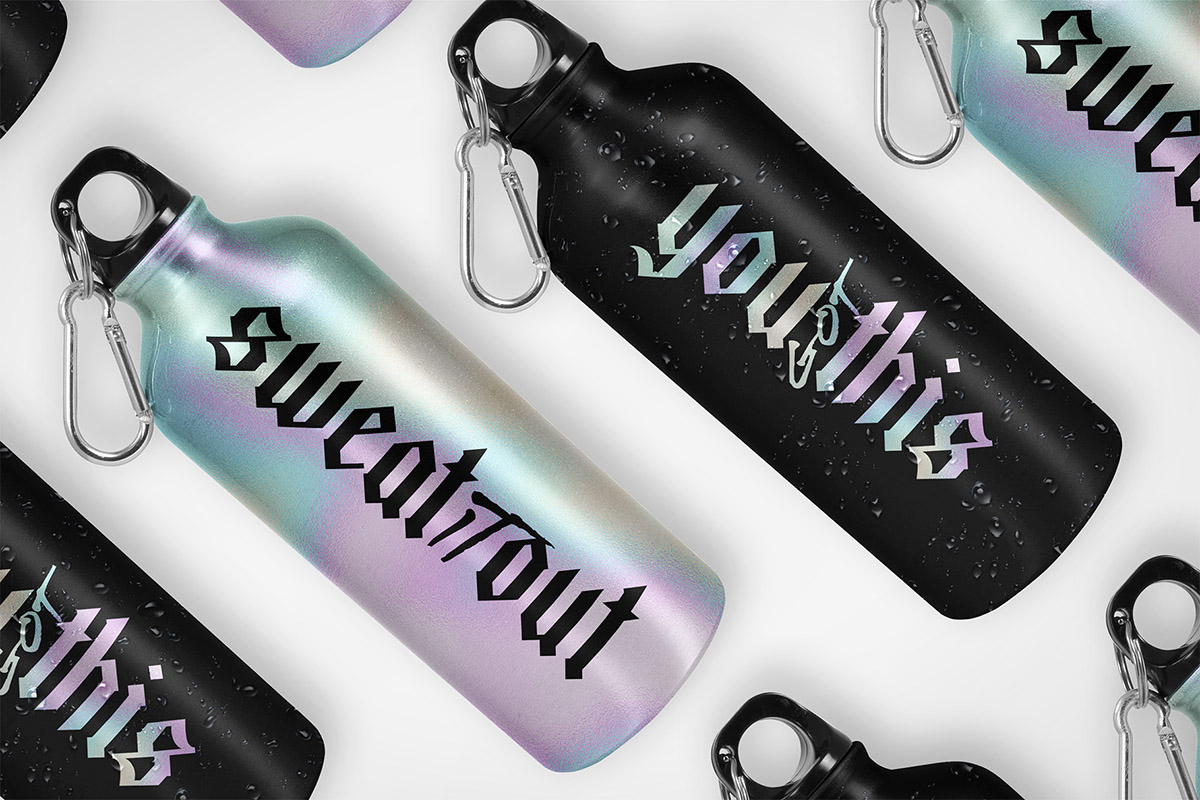 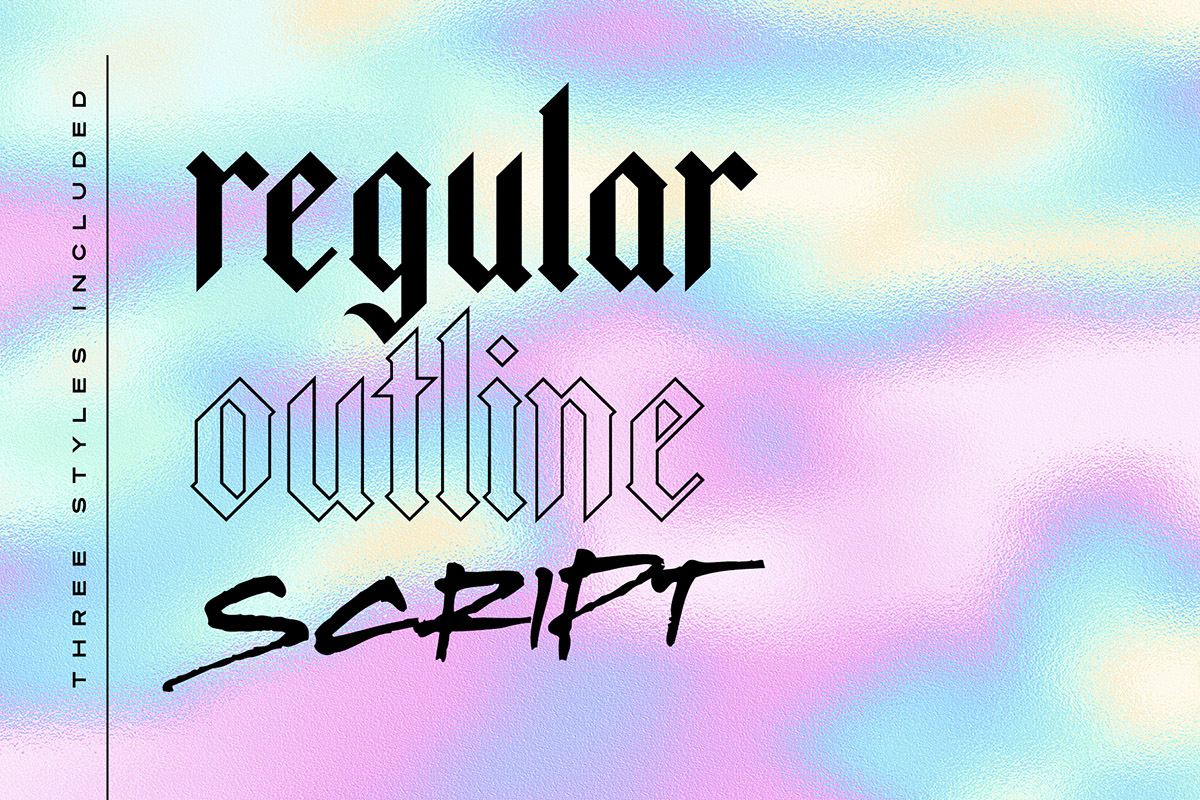 Wild Star • A modern blackletter font containing lowercase only characters, plus numerals and a full range of punctuation. There are alternate stylistic versions for letters g, l & y which contain an underline flourish. To access these, simply turn on ‘Stylistic Alternates’, or access them via a Glyphs panel.

Wild Star Outline • A second version of the Wild Star font with an outline effect added.

Wild Star Script • A rough, hand-scratched font containing 2 sets of uppercase characters, numerals and a full set of punctuation. Simply turn your caps lock on & off to switch between the 2 sets of characters.